The Proteas had arrived in Dharamsala on September 9. 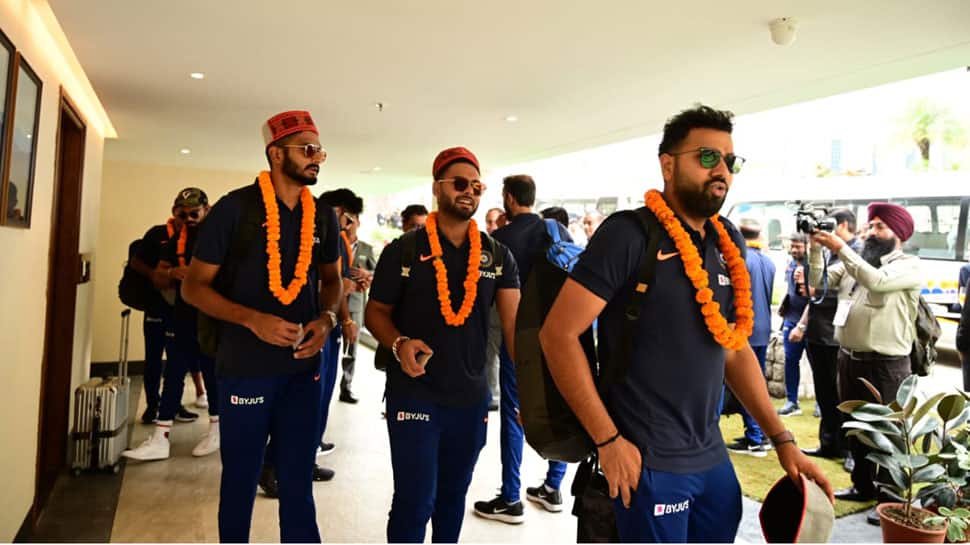 Team India on Friday reached Dharamsala for the opening game of their three-match T20I series against South Africa at the Himachal Pradesh Cricket Association's stadium on Sunday.

A traditional welcome for #TeamIndia as they arrive in Dharamsala ahead of the 1st T20I against South Africa.#INDvSA pic.twitter.com/oUSxwUQ6ag

The Proteas had arrived in Dharamsala on September 9. Dharamsala is the first venue for their tour of India which includes a three-match Test series that will be played after the T20Is.

The two other T20I matches will be played in Mohali (September 18) and Bengaluru (September 22).

The three Tests will be played in Visakhapatnam (October 2-6), Pune (October 10-14) and Ranchi (October 19-23) as the Proteas open their campaign in the ICC World Test Championship.

"Excited to be back in India and looking forward to playing cricket again," South African pace spearhead Kagiso Rabada wrote in a tweet.