The first-ever Men’s Cricket World Cup Challenge League will take place this week which sits three steps away from India 2023 at the foot of the pathway. 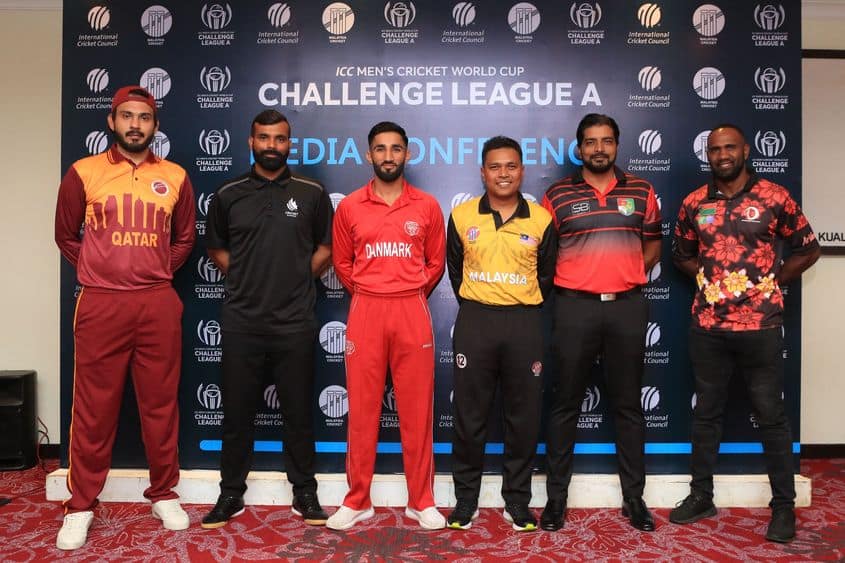 August marked the start of the road to the ICC Men’s Cricket World Cup 2023 with the first Men’s CWC League 2 series getting underway. This week the first-ever Men’s CWC Challenge League takes place which sits three steps away from India 2023 at the foot of the pathway.

There are two Challenge Leagues A and B, each comprising six teams that will play 15 matches each over two and half years. Canada, Denmark, Malaysia, Singapore, Qatar and Vanuatu form group A, whilst group B consists of Bermuda, Hong Kong, Italy, Jersey, Kenya and Uganda.

Malaysia will host the first Men’s CWC Challenge League A between September 16 and 26,  with each team playing five matches across 11 days.

The top team in each league at the culmination of the competition will secure two of the six places in the Men’s Cricket World Cup Qualifier Play-Off to be held in 2022, alongside the bottom four of Men’s CWC League 2.

Reflecting on the same, Malaysia captain, Ahmad Faiz said, “We are excited to host the first leg of the CWC Challenge League A. The team has trained hard for this tournament. We are definitely looking forward to playing against the contending teams and strive towards as many wins as possible.”

Denmark captain, Hamid Shah said, “I am very much looking forward to the new event structure, it gives us the opportunity to compete against some very strong teams over three tournaments.

“A lot of cricket is ahead of us and the guys are very excited about to play in the first Challenge League in Malaysia. We have had some success in Malaysia before, so hopefully we can continue from where we left.”

Vanuatu captain Andrew Mansale, on the other hand, said,  “As our team matures I am really looking forward to us playing better cricket. This is the highest level the Vanuatu has attained and we will continue to get better. I have faith in my players and our management. Myself and our new coach are expecting some really good performances from everyone in the team.”

ICC Head of Events, Chris Tetley speaks ahead of the first Challenge League.

“The introduction of the new four-year qualification structure to the Men’s Cricket World Cup has provided international cricket with a clear and simple pathway to the pinnacle event. Challenge League and League 2 teams will be playing more organized and competitive cricket thanks to the new structures," he said.

“Looking ahead to the first Challenge League we are delighted to be working the Malaysian Cricket Association again and seeing fantastic venues play host to ICC events," Tetley added.

The first Men’s Cricket World Cup Challenge League B event is scheduled to take place between November 25 and December 9 and will be hosted by Hong Kong.