Bangladesh beat Ireland by four wickets in a low-scoring thriller at Forthill to guarantee their place at the 10-team tournament. 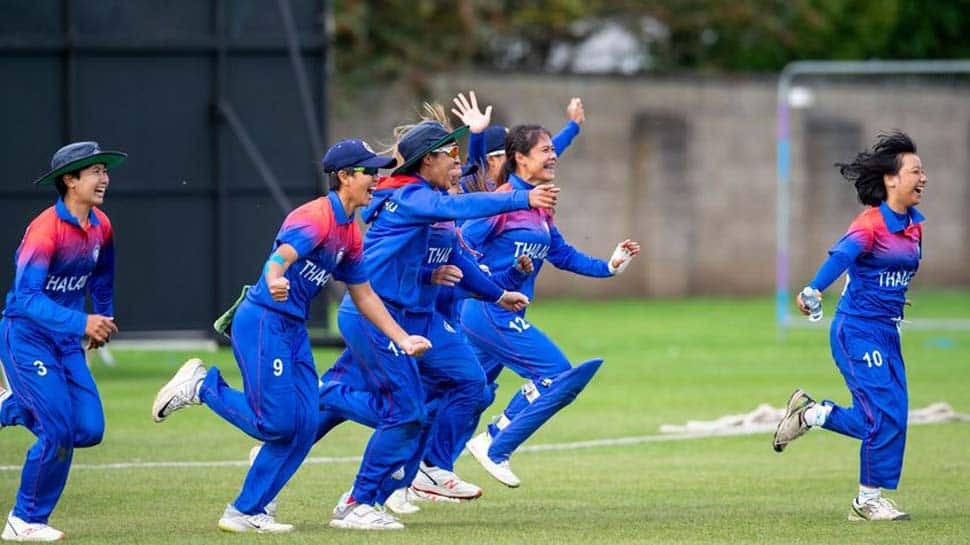 Thailand have qualified for the International Cricket Council (ICC) Women’s T20 World Cup for the first time ever after thrashing Papua New Guinea (PNG) by eight wickets in Dundee.

Besides Thailand, ninth-ranked Bangladesh beat Ireland by four wickets in a low-scoring thriller at Forthill to guarantee their place at the 10-team tournament, which is slated to take place on February, 2020 in Australia.

PNG, who beat Scotland and USA in the tournament to progress to the semi-final against Thailand, could only accumulate 67 runs as they won the toss and opted to bat first in attempt at putting runs on the board on a slow wicket at Forthill.

Thailand’s Sutthiruang (2/15) was again in with the wickets, removing Vare at the top of the order for 13 and returning to remove captain Oa for 5 in the last over of the game, as PNG struggled to find their rhythm from the offset, their highest partnership worth just 16 runs in a high-pressure game.

Thailand, chasing 68, opted for a calm and controlled approach as openers Chantam (18 off 31) and Chaiwai (32 off 40) took their time to pick off the runs required, striking just five boundaries in their innings to set the team up for a match-winning and World Cup-promising pursuit.

With both openers dismissed by the end of the 16th over, Koncharoenkai (16*) and Boochatham (2*) finished off the job to take an eight-wicket victory for Thailand and guarantee their place at the ICC Women’s T20 World Cup.

Reflecting on the match, Thailand skipper Sornnarin Tippoch said, “We are extremely excited and emotionally overwhelmed by what the team have achieved. We’re going to Australia!”

Forthill saw low-scoring game as Bangladesh clinched a spot at the ICC Women’s T20 World Cup for the fourth time.

Winning the toss and opting to bat first, Ireland got off to a nightmare start as they lost their top three (Waldron 1; Lewis 5; Garth 2) with just 15 runs on the board in the first semi-final of the day.

A disciplined, all-round performance in the field saw only one extra given away as each bowler made a contribution – Fahima Khatun the standout with 3/18 – to ensure Ireland never recovered from their earlier woes.

Resistance from skipper Laura Delany (25) at number four and Eimear Richardson (25) at number seven held off the staunch Bangladesh bowling attack to climb Ireland up to 85/10 at the close of play, but it wouldn’t be enough for the girls in green who also looked to qualify for their fourth ICC Women’s T20 World Cup.

Chasing 86 for qualification, Forthill enjoyed another thrilling game as Bangladesh looked as though 86 might have been too much for the experienced Bangladeshi outfit at the halfway point.

Reduced to 34/4 after ten thanks to a great spell from Orla Prendergast (2/11), Ireland would have fancied their chances. However, Bangladesh went unblemished until the 17th over when Leah Paul (0/15) combining with Kavanagh to run out Ritu Moni for 15 but it was too late, Bangladesh then requiring 15 runs from 18 deliveries.

Back to back fours from Sanjida Islam (35*) in the 18th all but secured the victory as Bangladesh went into the penultimate over requiring just six runs. A four off the first ball from Jahanara Alam (6*) followed by two singles took Bangladesh to victory and a spot at the ICC Women’s T20 World Cup.

Salma Khatun, Bangladesh captain, said, “We are very happy to be heading to Australia for the ICC Women’s T20 World Cup in February. Being at the world stage helps us grow the women’s game back home in Bangladesh. We hope they can watch and be inspired to play.”