Two-time World Cup-winning former Team India captain Mahendra Singh Dhoni announced his retirement from the international cricket on Saturday, ending over one year of suspense and also an era during which his often unorthodox leadership and finishing skills became the stuff of legends. 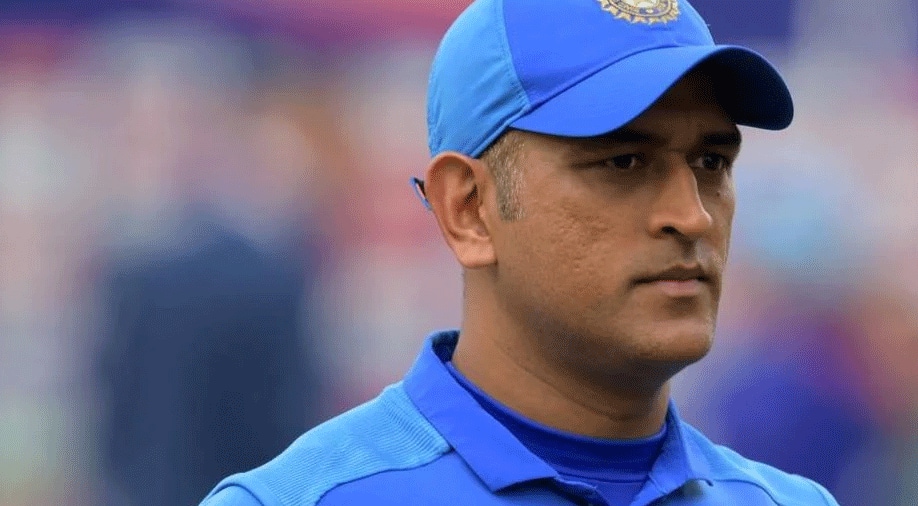 New Delhi: Two-time World Cup-winning former Team India captain Mahendra Singh Dhoni announced his retirement from the international cricket on Saturday, ending over one year of suspense and also an era during which his often unorthodox leadership and finishing skills became the stuff of legends.

"Thanks a lot for your love and support throughout. From 1929hrs consider me as retired," Dhoni posted on his Instagram handle.

As soon as the news spread, #ThankYouMahi started trending on Twitter with hundreds of Twitter users expressing their heartfelt thanks to the legendry cricketer and wished him luck for his future endeavours.

Here are some of those quick reactions

With this comes the end of the most thrilling era of INDIANCRICKET. We'll miss you on the ground Captain Cool
Take bowThank you for all the wonderful cricket!@msdhoni announces retirement from International Cricket#MSDhoni #MSD #Respect #ThankyouMahi #INDIA #ZeeTelugu pic.twitter.com/snGt1TJsWS

After #MSDhoni, @ImRaina Announces retirement too!!

You are My Captain Always

I Have less Words To Describe You But i Have More love @msdhoni #MSDhoni #Dhoni#ThankYouMahi #ThankYouMSDhoni pic.twitter.com/ZcHLqjlFle

After returning from school.Heard new player scored 148 score time passed he started winning matches made middle order strongest.later become captain won us world cups.Gained crores of fans.All are like a flash now in our minds.We miss you mahi bhai#thankyoumahi pic.twitter.com/J2dIIKwHOt

What a career @msdhoni

Thank you for satiating the appetite of the most avid fans. You are and you will be my hero forever #thankyoumahi #thankyouDhoni pic.twitter.com/ChTMclECMC

The shot that changed the brain wiring of a sixth of humanity. #ThankYouMahi @msdhoni pic.twitter.com/iOi8Jm97um

MS Dhoni’s fans and his Team Indian colleagues, who were left in utter disbelief and shock over his sudden retirement, posted their messages on the micro-blogging platform using the #ThankYouMahi.

The announcement came a day after he joined his Chennai Super Kings teammates in Chennai ahead of this year's IPL in the UAE. The 39-year-old's last outing in India colours was during the lost World Cup semi-final against New Zealand.

One of the best runners between the wickets was run out following a hard-earned 50 in that tense game, shattering Indian hopes and leaving him in a state of disbelief.

The reticent man from Ranchi will, however, go down as one of the finest to have played the game for India, turning up for the country in a whopping 350 ODIs, 90 Tests and 98 T20 Internationals.

The last leg of his career was, however, marred by a drop in form, prompting several critics to question his resolve to continue. But he nevertheless signs off as an ODI legend with 10,773 runs, averaging more than 50 despite batting between No. 5 and 7 for a major chunk of his career.

In the Test format, Dhoni accumulated 4876 runs at an average of 38.09 and led India to more wins (27) than anyone else before him. However, runs are not the parameter on which Dhoni's career can be truly judged. Considered a punter by some and a master strategist by several others, it was Dhoni's captaincy, wondrous reading of match situations and the jaw-dropping hand-speed behind stumps that had the cricket world mesmerised.

A leader even after he gave up the official tag of the leader, Dhoni will be remembered as the nonconformist, who made risks look like well-thought-out strategy.

Whether it was handing the ball to rookie Joginder Sharma in the final over of the 2007 World T20 or pushing himself ahead of man-in-form Yuvraj Singh in the 2011 50-over World Cup, Dhoni's instincts rarely failed him.

For the record, India lifted the trophy on both occasions, propelling him to cult status in a country that remains hopelessly in love with all things cricket. The IPL was also his happy hunting ground where he was the revered 'Thala', leading the Chennai Super Kings to three trophies.

To have a player like him, Mission Impossible: Cricket fraternity reacts on Mahendra Singh Dhoni's retirement