These are rumours and I will let it go: Prithvi Shaw on 'indiscipline' speculations

Prithvi had sustained the injury while fielding in a practice game and initially it was said that he would be available from the third Test onwards. 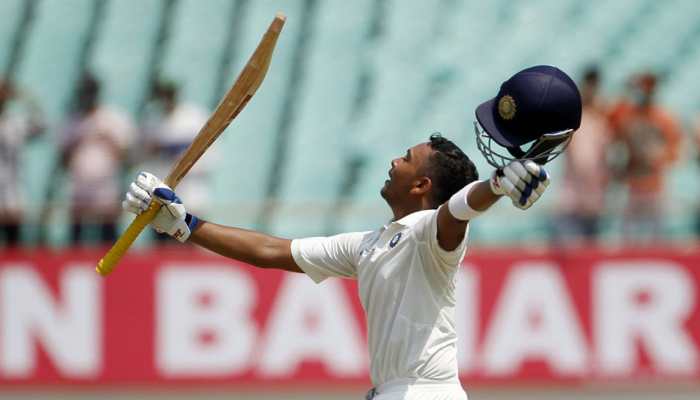 New Delhi: Young Indian batsman Prithvi Shaw dismissed speculations that indiscipline forced his premature return from the Australia tour and insisted that it was only because of slow recovery from an ankle injury.

Prithvi had sustained the injury while fielding in a practice game and initially it was said that he would be available from the third Test onwards.

However, the 19-year-old was sent back and it was widely believed that it was because the youngster was losing focus.

"These are rumours, so I will better let it go," Prithvi said during an open media session of Delhi Capitals on Saturday.

When he was probed about him not working hard enough during his rehabilitation, Prithvi's answer was curt.

"No one told me anything about not working hard. I wanted to play but got injured. I thought I could play the third Test (in Melbourne) but then progress of recovery was slow," said the Mumbai opener, who hit a hundred on his Test debut.

"If you have had a look at my ankle, you would have known that it was really painful. Ankle wasn't healing quickly and I had to return."

The NCA over the years has gained reputation for not being the best centre for rehabilitation bur Prithvi thinks otherwise.

"I mean everything was perfect over there (NCA). I did a lot of sessions there. I was working to get fit before Mushtaq Ali T20 as I wanted to get used to the T20 format and then go to the IPL.

That's how I had planned my two months of rehab. Trainers and physio were very committed."

He has been a specialist opener but Prithvi has no issues if he required to bat in the middle order for India in the limited overs.

"For India, it is all about whatever number they want me to bat and not the other way round," he said.

However, he did speak about how the mindset changes.

"When I open the innings in limited overs, my mindset is different. Two men outside 30-yard circle, powerplay overs but when I am going down the order, it will obviously change. I watch a lot of experienced players. I watch if I go at No 5, what will I do there. It's all about mindset, how you approach that situation."

He has been with the Indian team only during two series but felt comfortable after coach Ravi Shastri and skipper Virat Kohli made it clear that there is nothing called senior or junior in the team.

"I have learnt a lot. I mean I was a bit nervous when I first entered that (Indian) dressing room with players having 10 years of experience sitting in front of me. When the skipper and coach said that there are no seniors or juniors, you then kind of open up and irritate them with your questions," said the World Cup-winning former India U-19 captain.

My life isn't interesting enough for a biopic: Sunil Gavaskar