The 29-year-old Kiwi achieved this feat during his 49th ODI match in New Zealand. Younis on the other hand, had accumulated the same tally in 53 ODIs which were conducted in Sharjah, UAE. 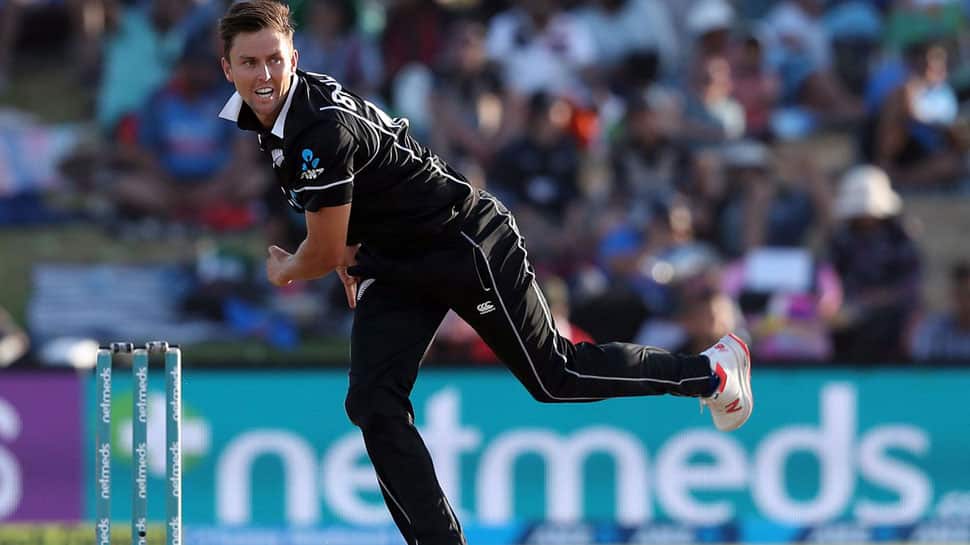 New Zealand fast bowler Trent Boult on Thursday became the fastest cricketer to claim 100 wickets in One-day Internationals (ODI) in a country, following a deadly spell of (5/21) surpassing none other than legendary Pakistan cricketer Waqar Younis during the fourth ODI against India at Seddon Park.

What a spell of bowling from Trent Boult at Seddon Park! 5-21 from his 10 overs on the trot with 4 maidens. India 55/8. LIVE scoring | https://t.co/GB9AZdmmkL #NZvIND pic.twitter.com/3CoyYyNaIk

The 29-year-old Kiwi achieved this feat during his 49th ODI match in New Zealand. Younis on the other hand, had accumulated the same tally in 53 ODIs which were conducted in Sharjah, UAE.

Ex-Australian fast bowlers Glenn Mcgrath and Brett Lee are the third fastest bowlers on the list having picked 100 ODI wickets in 56 matches on home soil.

Former South African cricketers Shaun Pollock and Makhaya Ntini further trail the duo, after registering the same tally in 60 and 61 clashes at home.

Ex-Pakistan fast bowler Wasim Akram and Australian leg-spinner Shane Warne further round off the list, having accumulated the tally in 62 matches conducted in UAE, Australia.

Boult's five-wicket haul helped restrict India to a total of just 92 runs, which the hosts chased down comfortably with eight wickets to spare.