Before Gary Pratt there was Ian Gould. 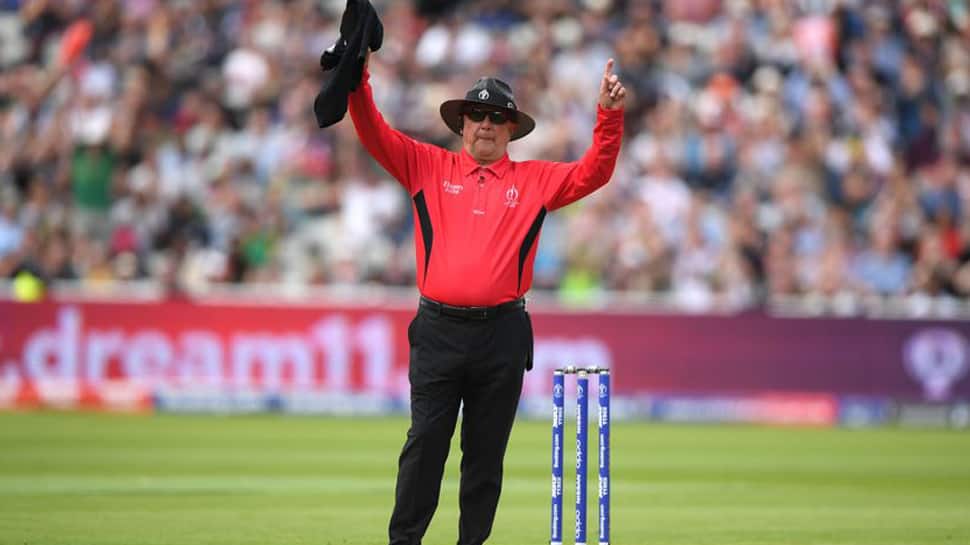 Before Gary Pratt there was Ian Gould.

The English umpire will be in the middle for the final time in India’s clash with Sri Lanka at Headingley, but a look into the archives reminds us that he too once had a substitute fielder Ashes moment.

An accomplished wicket-keeper, Gould was part of the squad that toured Australia in 1982/83, and in the fourth Test came onto the field as a substitute during Australia’s chase of 292 for victory in the Test and the series.

As Pratt would do so memorably 23 years later in running out Ricky Ponting, Gould dismissed the Australian skipper. He pouched Greg Chappell with a stunning low grab in the covers for just two off the bowling of Norman Cowans, and England went onto win one of the most dramatic matches in the rivalry’s long history by three runs.

Of course Gould’s cannot be reduced to one stunning catch.

First as a player he kept wicket for England at the ICC Men’s Cricket World Cup 1983, playing 18 ODIs in total, as well as more than 600 combined first class and List A games.

Nicknamed Gunner due to his time in the Arsenal youth set-up before settling on cricket, Gould played for Sussex, Middlesex and even had a spell in New Zealand with Auckland.

After calling time on his playing career in the 1990s, Gould then took up a coaching role with Middlesex.

However it is as an umpire that he has perhaps become best known. For more than a decade he has been a fixture on the international circuit, notable for his practice of not employing a standard ball counter, instead using six Bahraini Dinars to count deliveries.

The now 61-year-old made his international debut 13 years ago in a T20 international between England and Sri Lanka in Southampton, a thriller won by the visitors by just two runs.

An ODI debut followed five days later in a match between the same two teams, and the following year he got his first taste of World Cup cricket.

This is now his fourth ICC Men’s Cricket World Cup, with arguably the pinnacle of his career coming in 2011 in Mohali when Gould was one of the men in the middle for the World Cup semi-final between India and Pakistan.

He had joined the ICC’s Elite Panel of umpires two years previously, umpiring the final of the ICC Champions Trophy in South Africa.

Gould finishes his career having umpired 74 Tests in all, while this will be his 140th ODI.

When he was a player Gould featured in a World Cup semi-final, 28 years later he did the same as an umpire.

So it is time to tip the cap to a man who has played an enduring if understated role in the game for more than four decades.