Son of former international umpire Narendra Menon, Nitin joined in his father's footsteps when he became a state panel umpire for Madhya Pradesh Cricket Association in 2005. 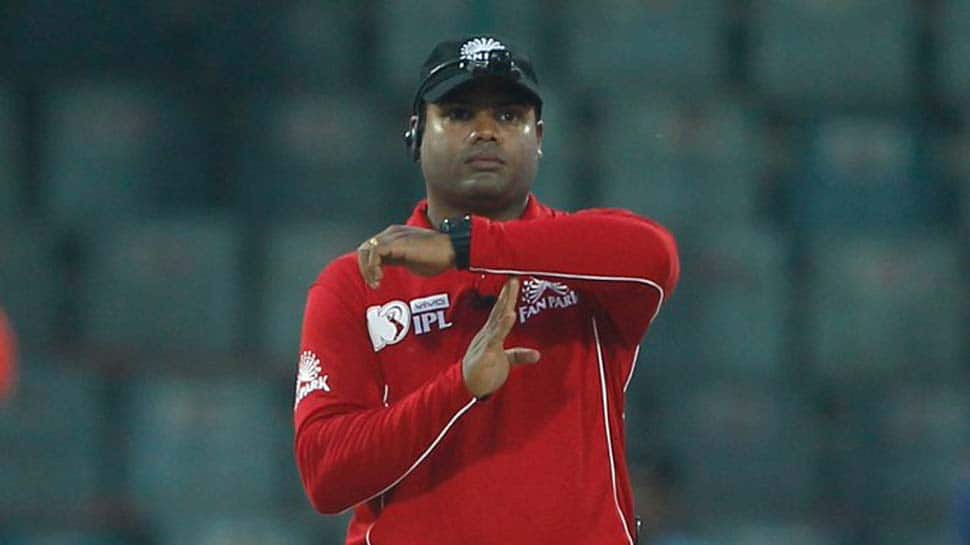 New Delhi: India's Nitin Menon, who has officiated as an on-field umpire in limited overs cricket at both national and international level, will make his Test debut during the upcoming Test between Afghanistan and the West Indies to be played in Dehradun from November 27.

Son of former international umpire Narendra Menon, Nitin joined in his father's footsteps when he became a state panel umpire for Madhya Pradesh Cricket Association in 2005.

Nitin, who has represented Madhya Pradesh in U-16, U-19, U-23 and List A matches, cleared the All India Umpiring Exam conducted by the BCCI in 2006 and started officiating in domestic matches from the 2007-08 season.

"The reason behind my smooth transition to international cricket is mainly because of the robust, competitive and professional structure of BCCI's domestic matches," said an elated Nitin.

"The experience I gained from officiating in domestic tournaments and the opportunity given to me by the BCCI for officiating in the IPL as well as in first class matches in Australia, England and South Africa as part of the Umpires Exchange Program has helped me in my development as an umpire.

"I am happy to repay the trust shown in me and I'm looking forward to facing the new challenge of Test cricket so that I can achieve my goal of becoming an ICC Elite Panel umpire," he added.