Besides Cornwall, West Indies 'A' Team captain Shamarh Brooks is the only other uncapped player who has been named in the Test squad against India. 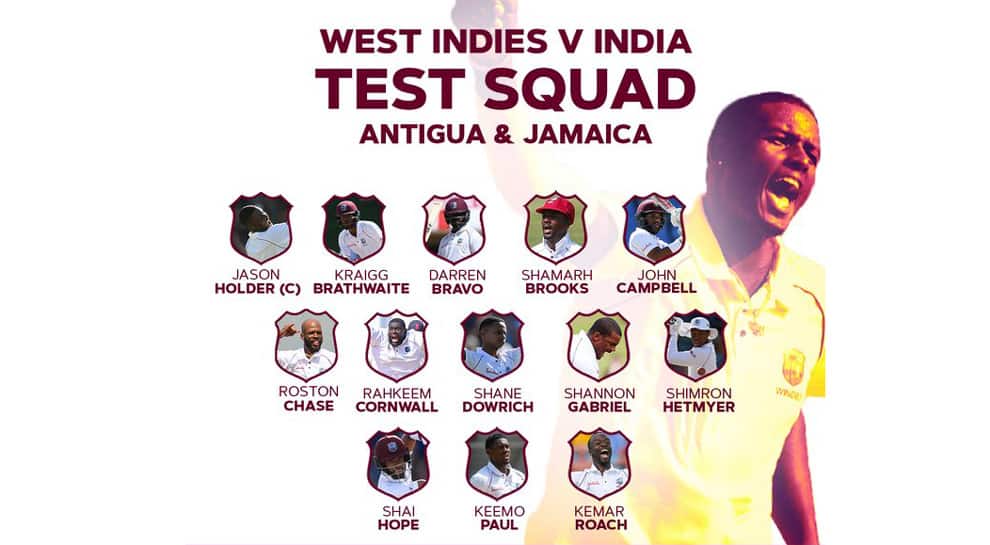 Considered as one of the most effective spin bowlers, Cornwall has been rewarded for his impressive performances for Leeward Islands Hurricanes and West Indies 'A' team in the recent years.

Reflecting on Cornwall's inclusion, Cricket West Indies (CWI) interim chairman of selectors, Robert Haynes said that that the team management believes the all-rounder could provide an attacking option to the team's bowling attack besides also lending a bit of depth to the batting.

“Rahkeem has been performing consistently over a long period of time and has proven to be a match-winner, so we believe his elevation to the Test squad is merited at this time,” CWI official website quoted Haynes as saying.

“We believe he can provide an attacking option to our bowling attack with his sharp turn and extra bounce. He can also lend a bit of depth to the batting, so we are looking forward to him coming into the squad and making a valuable contribution,"he added.

This means, Cornwall--who has bagged a total of 260 wickets in 55 first-class matches-- can make his long-awaited Test debut on home soil.

Besides Cornwall, West Indies 'A' Team captain Shamarh Brooks is the only other uncapped player who has been named in the Test squad against India.

All-rounder Keemo Paul, who was named as replacement for Test skipper Jason Holder during their series against England in February this year, has retained his place in the Caribbean squad.

Adil Rashid ruled out for two month with shoulder injury