Used to tell people I wanted to be like Sachin Tendulkar: Virat Kohli

Kohli said that the absence of fear or respect for him whenever he walked out to bat from the opposition players is one of the factors that spurred him to get to the peak of his art. 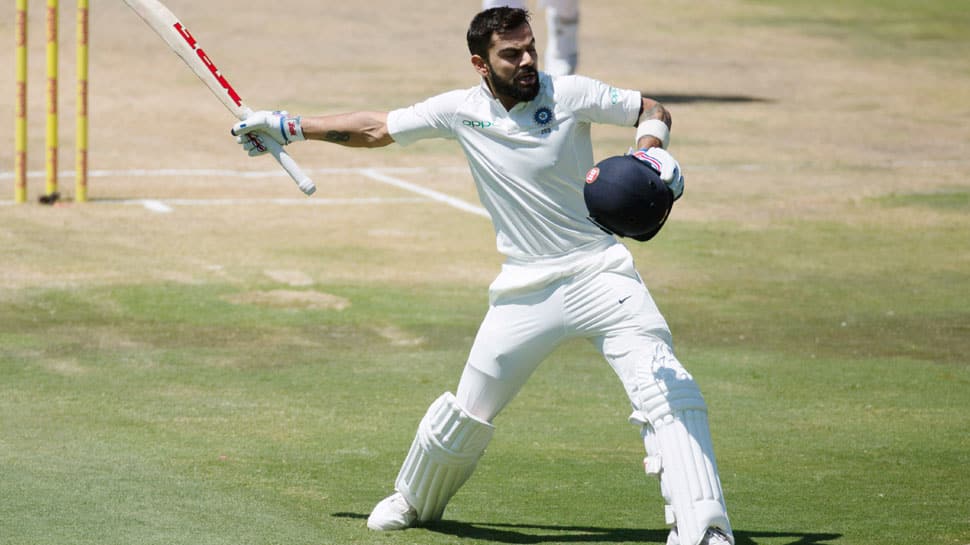 Indian captain Virat Kohli has constantly drawn comparisons with Sachin Tendulkar due to his consistent performances that have broken a number of records over the years. However, he has always tried to stay away from any such talk and maintained that Tendulkar was one of his childhood heroes.

Kohli recently revealed that he never shied away from telling people that he wanted to be like Tendulkar while growing up. "What he did from the pure skill point of view, just the way he was able to bat, was so much more different to anyone else and that just fascinated me," he told sports web-show, 'In Depth with Graham Bensinger'.

"I was like man, this is so much more different and it was so captivating you just couldn't take your eyes off when he was batting. I used to go to these shops and get my packet of chips and my nibbles and just sit in front of the TV to watch him bat, and it was just pure joy. I used to tell people, I want to be like Sachin."

Kohli is now considered one of the best batsmen in the world across formats but he has always been known in particular for his tendency to score big in tight chases.

"The one thing I remember was when I used to watch the Indian team play, whenever the Indian team was chasing and they faltered, I promise you I used to go to sleep thinking, if I was in the Indian shirt, I used to dream of it, and I was in that situation, I could have done it. And it's happened so many times in my career till now, that I've been involved in a chase and I finished the game off and I don't know whether it was that conviction that formed in my head when I was that young. When I'm in that situation now, everything just takes over so that's the power of the mind," Kohli said.

Kohli said that the absence of fear or respect for him whenever he walked out to bat from the opposition players is one of the factors that spurred him to get to the peak of his art. "(There was a time) when I walked in to bat, there wasn't any fear or respect in opposition corner," he said.

"I didn't want to walk into the ground thinking that opposition feels that this guy is a pushover, who is going to do no damage. Just didn't want to be another player as I wanted to make an impact. I wanted that when I walk in, the teams should think that we need to get this guy out or else we will lose the game. And if I don't want to be that guy, then there is something wrong in my head."

Kohli's obsession with his fitness is seen as something that has changed the Indian team's attitude towards the more unglamorous aspects of the game such as grinding it out in the gym. He said that he realised the need for that change in India's disastrous 2012 tour of Australia in which they were decimated in the Test series 4-0.

"When we came back from Australia in 2012, I saw a gap (between us and Australia). I realised, if we don't change the way we are playing, training or eating, we can't compete with the best in the world," he said.

"No point in competing if you don't want to be the best. I wanted to be the best version of myself and then based everything around that vision, my approach to the game changed," added Kohli.