Virat Kohli a terrific guy and we both play hard out on field: Steve Smith

Smith has time and again spoken about how Kohli is a machine when it comes to scoring runs. 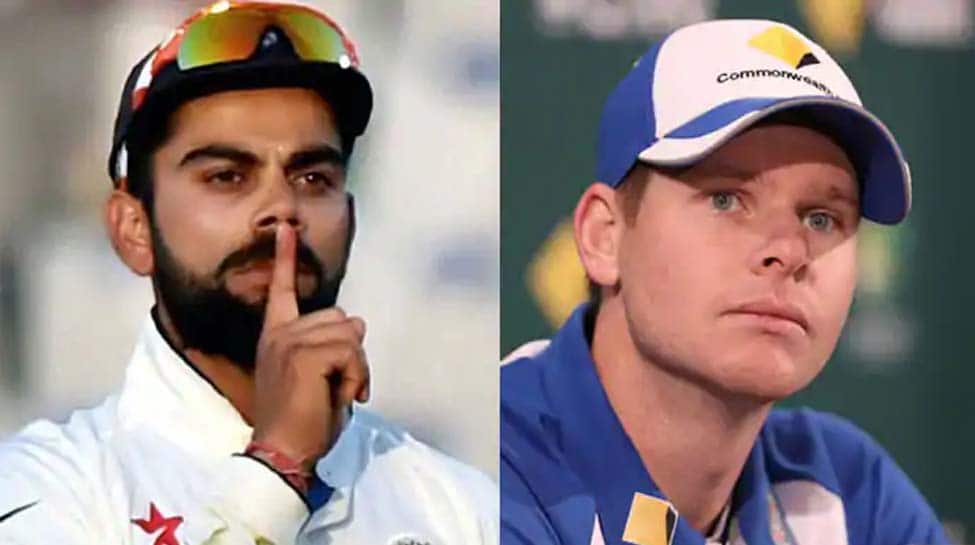 They are undoubtedly the best in the business at present, but India skipper Virat Kohli and Australia batsman Steve Smith also have a sense of respect towards each other. While Kohli backed Smith when he made a return to the game after serving a 12-month suspension due to the Sandpaper Gate, Smith has time and again spoken about how Kohli is a machine when it comes to scoring runs.

Speaking on Star Sports show Cricket Connected, Australia batsman Steve Smith spoke about his friendship with India team captain Virat Kohli, "I had few conversations with him (Virat) off the field, few messages here and there in recent times just to see how things are going in India. He is a terrific guy and we both play hard out on the field and play as well for our respective teams and its part of the game.

"Virat's gesture in the World Cup to the Indian fans that were giving me and David Warner little bit of a stick, I appreciated that and I share that with him straight up. He is a terrific guy and the way he has lead the Indian Team has been amazing, they are amazing side and can't wait to play them when they come out to Australia this year will be something incredibly special."

Talking about Kohli's ability to chase down games, Smith had earlier said: "Yeah, he is terrific. His batting numbers just speak for themselves. I think he's an incredible player in all three formats and I think we will see him break many records. He's already broken plenty of them and I see him breaking many more over the years. He has got the hunger for runs and doesn't stop getting them. Hopefully, he can stop getting them against Australia, that'll be nice.

"As a captain he's already made India the number one side in the world in Test cricket. From what I have seen he sets really good standards for them. He is a lot about fitness and is health conscious and things like that. He's got the Indian side into a really good place and leads them exceptionally well."