South African pace great Dale Steyn has recently picked up the names of his three favourite batsmen of all time and Indian skipper Virat Kohli is one of them. 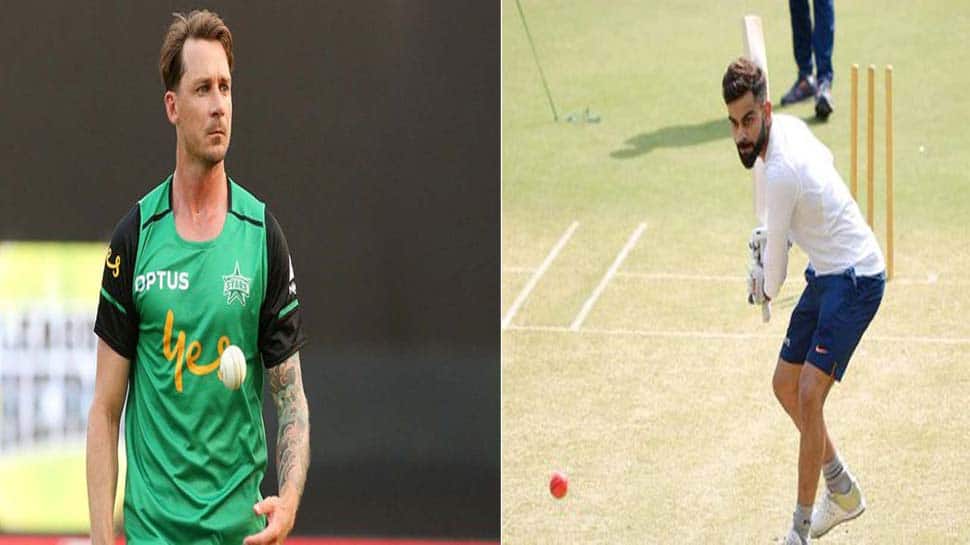 South African pace great Dale Steyn has recently picked up the names of his three favourite batsmen of all time and Indian skipper Virat Kohli is one of them.

The 36-year-old, who was recently sold to Royal Challengers Bangalore (RCB) during the Players Auction for the 2020 Indian Premier League (IPL) at his base price of Rs 2 crore, revealed about his favourite batsmen during a recent question-answer session with fans on Twitter.

In a recent Q/A session with fans, Steyn was asked by a Twitterati to name his favourite batsmen. To which, the South African replied with the names of swashbuckling batsmen Quinton de Kock and AB de Villiers and Indian skipper Virat Kohli.

@DaleSteyn62 who is your favourite batsmen???

Notably, Steyn has shared the dressing room with De Villiers and De Kock during his time with the national squad, while he has played under the captaincy of the Indian all-rounder during the 2019 edition of the IPL.

Responding to the question, Steyn wasted no time in revealing that Australian star Pat Cummins is his favorite fast bowler.

Pat Cummins, he can buy all the drinks

Meanwhile, Steyn is all set to make his Big Bash League (BBL) debut after being named in the Melbourne Stars squad for the upcoming clash against Adelaide Strikers on Friday at the Metricon Stadium in Carrara, Australia.

Steyn, whose debut in Australia's T20 lucrative tournament was earlier delayed due to a side strain, has been called up in the Melbourne squad in place of Pakistan pace sensation Haris Rauf.