Sometimes it’s perplexing how things reach a fitting destination in cricket. 11 years ago, young Virat Kohli and Kane Williamson were leaders of their respective teams during the semi-final of the Under-19 World Cup in Malaysia. They were the two brightest hopes of their countries – entrusted with the responsibility of ushering India and New Zealand into a new era in the years to come. 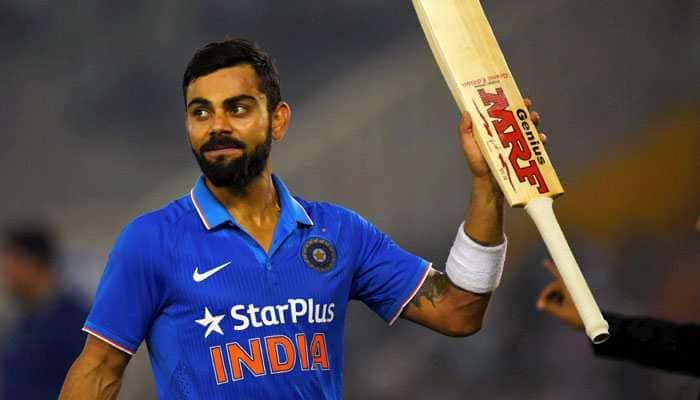 MANCHESTER: Sometimes it’s perplexing how things reach a fitting destination in cricket. 11 years ago, young Virat Kohli and Kane Williamson were leaders of their respective teams during the semi-final of the Under-19 World Cup in Malaysia. They were the two brightest hopes of their countries – entrusted with the responsibility of ushering India and New Zealand into a new era in the years to come.

It’s taken more than a decade, but the Kohli-Williamson battle is once again set to catch eyeballs. It’s not a contest between the two most complete batsmen of today’s generation, but a showdown with a slice of history up for grabs. From that historic evening in Kuala Lumpur, on Tuesday, Kohli and Williamson will lead their respective teams in the biggest showpiece event – the semi-final of a 50-over World Cup.

Let’s roll back the years. In 2008, Sachin Tendulkar, Virender Sehwag, Gautam Gambhir, Yuvraj Singh and MS Dhoni formed the backbone of India’s batting, while New Zealand were still relying on the likes of Jesse Ryder, Jamie How, Peter Fulton and Brendon McCullum. Kohli and Williamson had rather quiet debuts but as the years passed, both escalated quickly en route to becoming the world’s finest batsmen. As their statures grew, so did the teams’ in terms of achievements. By 2016, Kohli and Williamson were right there. In fact, they, along with Steve Smith and Joe Root were the next big batting prospects of world cricket.

While Williamson was the more consistent of the two initially, Kohli bridged the gap and eventually reached a level where there is a gulf between him and the rest of the batsmen. Brian Lara would agree. Williamson though comes the closest to him. In fact, this World Cup, Williamson has two match-winning centuries and an unbeaten fifty as compared to Kohli’s five 50-plus scores.

The similarities don’t end there. Kohli and Williamson are the most effective No. 3 in ODIs. Kohli averages an impressive 63.34 with 9185 runs at that slot but Williamson isn’t too far behind at 51.29 with a tally of 5233. Both have emerged as the batting pillars of their respective sides. But while India’s dependency on Kohli has been slightly less of late due to Rohit Sharma and Shikhar Dhawan scoring consistently at the top, Williamson has mostly had to grind it out himself, with some support from Ross Taylor.

Kohli and Williamson aren’t the only players from that squad to feature in the semi-final World Cup. Ravindra Jadeja, Trent Boult and Tim Southee were also part of the Class of 2008.

“I’m sure Kane remembers. When we meet tomorrow I’m going to remind him,” Kohli said on the eve of the first semi-final. “It is quite a nice thing to realise that 11 years after we captaining our respective nations again in a Senior World Cup from U-19. So yeah, we have spoken about it before. A lot of players from that whole World Cup, from our batch, from their batch, from other teams as well, made it to the national teams and are still playing, which is I think a great thing to see.”

Over the years, Kohli and Williamson have remained on more than just cordial terms. In terms of captaincy, both have been compared with their guys they’ve succeeded – MS Dhoni and McCullum. Kohli’s captaincy tactics have time and again been questioned, while Williamson has been bizarrely accused of being a timid leader. Yet, here they are, two stops away from achieving cricketing heaven.

The Malaysia World Cup wasn’t the first time Kohli and Williamson were impressed by each other. In 2007, India’s Under-19 team went to New Zealand, and during a Test match, Kohli was standing in the slips when he was left awestruck by Williamson’s four off the backfoot off one of India’s quickest bowlers.

“I have never seen anyone play a shot like that” and he was special, along with a couple more guys, which didn’t make it surprisingly,” Kohli said. “He was always the stand-out player and you could see when we played New Zealand in New Zealand on that U19 tour and the World Cup again he was quite special for them. So we always knew he has the special ability to go all the way and now he’s controlling the tempo of the game for New Zealand every game that he plays and he’s contributing so well.

“And he’s a lovely guy. We get along very well. So he’s always been the main guy for them, along with Ross, who has performed really consistently as well. Those two guys have shared the load so far and a lot will depend on them obviously because they have been playing well and according to us, getting both of them early will be crucial because we know how strong they can be together in a partnership.”

It could be because of their friendship that Williamson didn’t hold back on his compliments for Kohli either.

“He was a formidable player, growing up – that seems odd to say because we were at the same age playing against each other on a number of occasions and then to go into international cricket at a youngish age, then IPL and these different sorts of things. So it’s obviously been a pleasure watching Virat play and evolve into the superstar that he is,” he said.

“I actually hadn’t thought about that at all so I guess that’s kind of cool, isn’t it, that a few years later, we’re here again, perhaps on a slightly different stage, but pretty special and a lot of respects to being able to lead your country out in a semifinal on the biggest stage. But I know both sides without a doubt are looking forward to getting into the challenge and yeah, it’s a really exciting opportunity.”

Kohli and Williamson have walked out together for a toss an awful lot of times of late – the bilateral series in New Zealand, the IPL and the World Cup warm-up. Tuesday, when they lead their teams out to the ground for the national anthems, the journey Kohli and Williamson started together in Malaysia all those years ago would have come full circle. Irrespective of whatever happens, whichever team wins – there is one thing Kohli is certain won’t happen – him dismissing Williamson stumped down the leg side.

“I got Kane’s wicket? Did I? I don’t know if that can happen again now”

Never got settled in any IPL franchise: Yuvraj Singh