India skipper Virat Kohli and pacer Jasprit Bumrah retained their top spots in the ICC ODI batsman and bowler's rankings, respectively, after the World Cup, the cricket's governing body said in a statement on Monday. 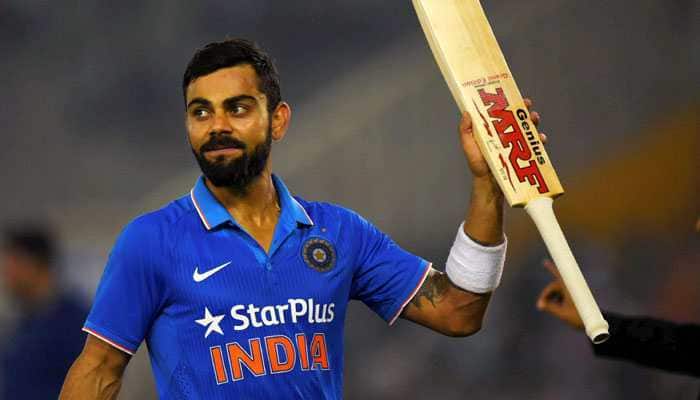 London: India skipper Virat Kohli and pacer Jasprit Bumrah retained their top spots in the ICC ODI batsman and bowler's rankings, respectively, after the World Cup, the cricket's governing body said in a statement on Monday.

While India crashed out of the World Cup after losing to New Zealand in the semifinal, Kohli slammed five consecutive half-centuries in the group stages although he did not get a hundred.

Bumrah took 18 wickets in nine matches but more importantly returned with an amazing economy rate of 4.41.

Meanwhile, players from World Cup winners England and runners-up New Zealand moved up the rankings ladder after featuring in an exhilarating final at Lord's on Sunday.

The latest rankings update, which took into account the performances from the semifinals and the final, saw players from either side reach personal bests during the last two stages.

New Zealand skipper and Player of the Tournament Kane Williamson reached a career-high 799 points after the semifinal against India, in which he hit a crucial 67. He ended the tournament at 796 points, holding on to the sixth position.

His compatriot Ross Taylor ended the tournament in fifth place, having reached a career-best 841 rating points earlier in the tournament.

England all-rounder Ben Stokes ended the tournament at a career-best 694 points, gaining five places and moving into the top 20 and to within two places of his career best of 18th two years ago.

Jason Roy's 85 from 65 balls in the semifinal win over Australia helped him move into the top 10 for the first time.

Another notable gainer in the rankings for batsmen is Ravindra Jadeja, whose valiant knock of 77 against New Zealand has lifted him 24 places to the 108th position.

The Australia pair of Steve Smith and wicketkeeper Alex Carey have gained two places each to reach the 29th and 32nd position, respectively.

In the bowlers' rankings, England's Chris Woakes's 3/20 in the semifinal and 3/37 in the final lifted him to seventh place with a career-best 676 points. His compatriot Joffra Archer continued his steady climb, reaching the top 30 for the first time in his career after finishing with 20 wickets in the World Cup.

New Zealand seam bowler Matt Henry's consistency brought him back into the top 10 after took 3 wickets in the semifinal and one in the final. He had climbed to the fourth spot in 2016.

Bangladesh's Shakib Al Hasan continued to lead the list of all-rounders, but second-placed Stokes has reached a career-best 319 points.

In the ODI team rankings, England increased their lead over India at the top to 3 points after their maiden World Cup triumph.