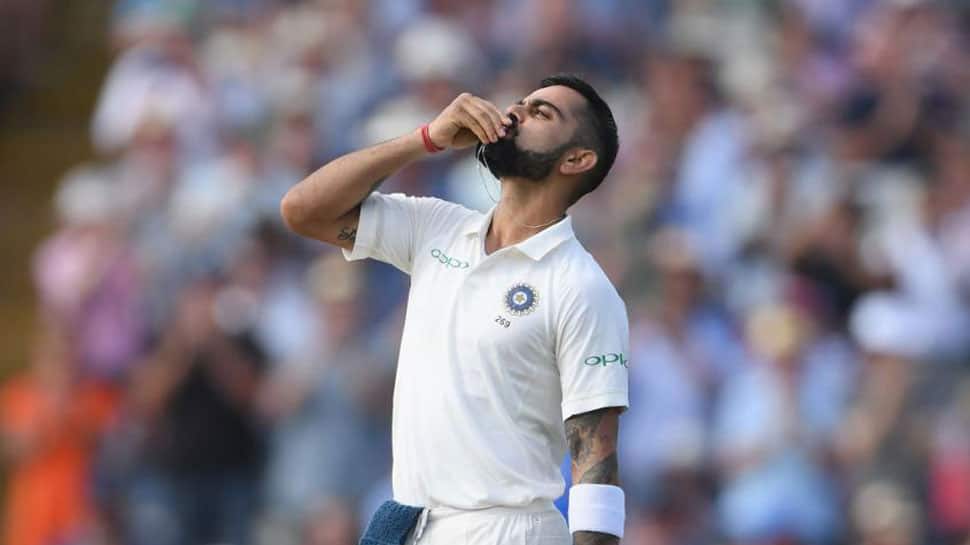 Indian skipper Virat Kohli was on Tuesday announced as the captain of the International Cricket Council's Test and ODI Teams of the Year following his remarkable 2018 year as batsman as well as captain.

Kohli’s 1,322 runs at an average of 55.08 with five centuries in 13 Tests and 1,202 runs at an astounding average of 133.55 with six hundreds in 14 ODIs saw him selected to both sides by every voting member of the ICC Voting Academy with the majority of them also opting to name him at the helm of each.

The Indian skipper also ended 2018 as the top-ranked Test and ODI batsman in the ICC Player Rankings while his side finished the year as the top-ranked side in Tests and number two side behind England in ODIs.

Talking about the records, India won six Tests and lost seven during the voting period that ran from January 1 to December 31, 2018 and included victories in South Africa, England and Australia, as also some other close matches in away series. In ODIs, Kohli guided India to nine victories, with four defeats and one tied match.

After receiving the honour, Kohli said, "It has been an amazing year. I was able to play in a manner that I would not have imagined. If the intention is right and you keep working hard, the results are there in front of your own eyes. The intent has always to be helping your team at any cost, that is when these performances come by and you are pushing yourself to the limit, which you otherwise will not be able to. That is something I experienced in 2018 a lot.”

The Test team also features his compatriots, wicketkeeper Rishabh Pant and fast bowler Jasprit Bumrah, who is the only player apart from Kohli to feature in both sides.

Congratulations to the ICC Test Team of the Year 2018!

Reflecting on his inclusion in the ICC Test team, New Zealand skipper Kane Williamson said, “This looks like an individual piece of recognition but it is much more about the team. Both of the other two who have been fortunate enough to be named in the eleven, I am sure, would agree that as a group we have been growing for a period of time - as a Test unit. It is great that the guys have been looking to play their roles as best as they can. The Test team has been tracking nicely.”

Williamson's teammate Joe Root echoed similar views, saying, “It feels really great to be named in the ICC ODI squad and the fact that three of my team-mates are there along with me, makes it extra special. We had a fine year and expectations are on the rise as we look forward to playing the ICC Cricket World Cup at home this year. I thank the ICC for the honour and to the jury for taking the effort to go through the elaborate process.”

India vs New Zealand 2019: Captains of both teams pose with trophy ahead of ODIs