India skipper Virat Kohli, who was rested for the T20I series against Bangladesh, is now back in action and gearing up for the two-Test series beginning Thursday at the Holkar stadium. 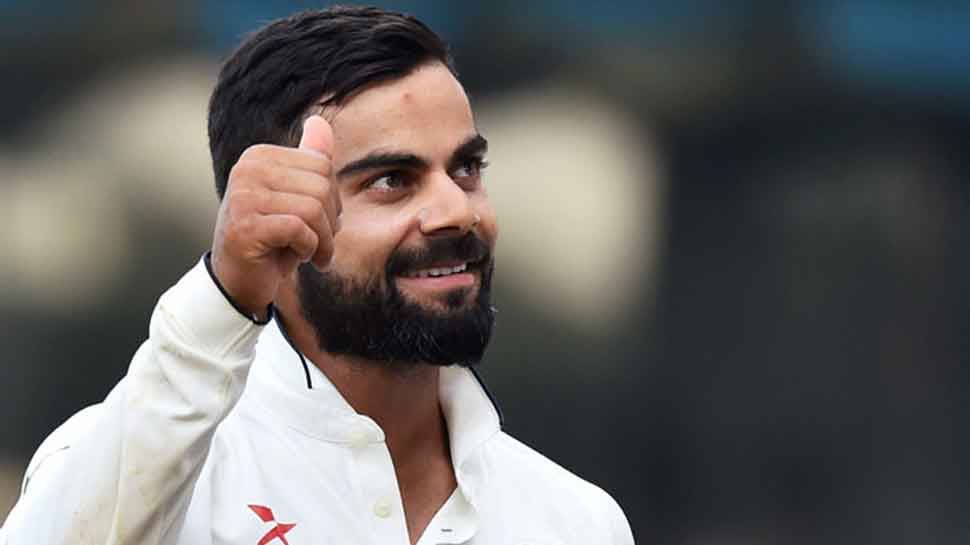 INDORE: India skipper Virat Kohli, who was rested for the T20I series against Bangladesh, is now back in action and gearing up for the two-Test series beginning Thursday at the Holkar stadium.

Kohli was spotted playing gully cricket with children during a shoot at Bicholi Mardana area in the city. In the video which went viral on social media, the Indian skipper -- wearing a checked shirt and jeans - can be seen having some fun time with the children. Kohli, who turned 31 last week, celebrated his birthday with his better half, actress Anushka Sharma, in Bhutan.

Anushka had taken to Instagram and shared a series of pictures with Kohli trekking in the mountains of Bhutan and mentioned that they were touched by the gesture of the locals who invited them into their homes for tea without knowing their celebrity status.

On Tuesday, both the Indian and the Bangladesh squads conducted their practice sessions. Right-arm medium pacer Bhubneshwar Kumar, who has been out of the game for quite some time due to injury -- also joined the squad in the practice session and hit the nets. The hosts also practiced with the pink SG ball which will be used in the second Test -- a historic day-night affair for both the teams -- at the Eden Gardens in Kolkata.

India, led by Rohit Sharma, won the recently-concluded three-match T20I series 2-1 and would be going into the Test series as overwhelming favourites, considering their recent performances in red-ball cricket.

If I keep on scoring runs, I will be back in ODI squad: Ajinkya Rahane