Anushka took to Instagram on Wednesday to share a glimpse of Southampton's weather with her fans. The actress posted a short video on her Insta story, which revealed the foggy ‘English Summer’ in the UK. 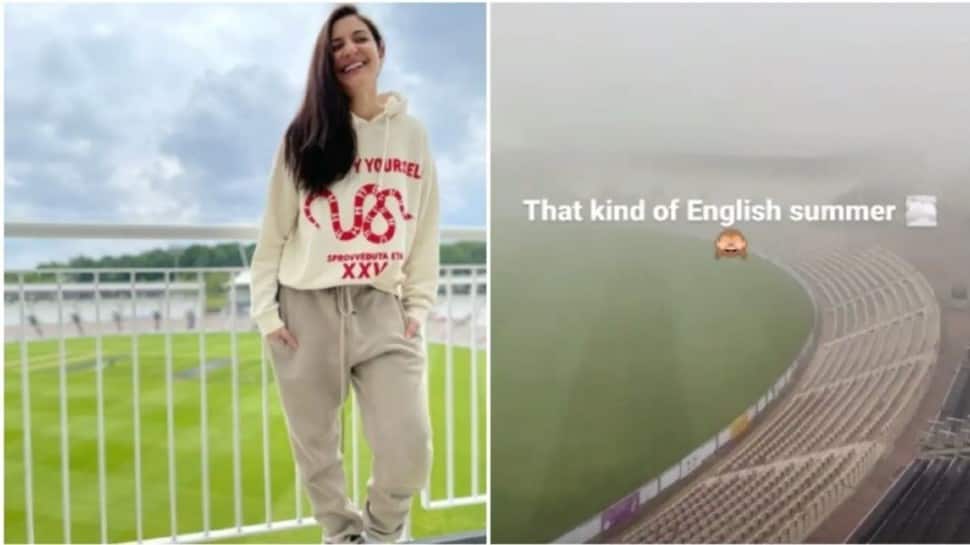 Bollywood star Anushka Sharma is accompanying her husband Virat Kohli for the World Test Championship final in England and she is having a gala with the Team India skipper and their daughter Vamika, which is quite evident from her social media posts. The family is currently quarantining in the Hilton Hotel situated at the Rose Bowl stadium in the city of Southampton.

Interestingly, Anushka took to Instagram on Wednesday to share a glimpse of Southampton's weather with her fans. The actress posted a short video on her Insta story, which revealed the foggy ‘English Summer’ in the UK.

Notably, the visibility level in the video is very low due to the dense layer of fog at the Ageas Bowl Stadium, where the WTC final between India and New Zealand will take place starting from June 18. The weather seems to be fully cloudy and overcast as Anushka captioned the video, ‘that kind of English summer.’

Check out the screenshot of Anushka’s story: 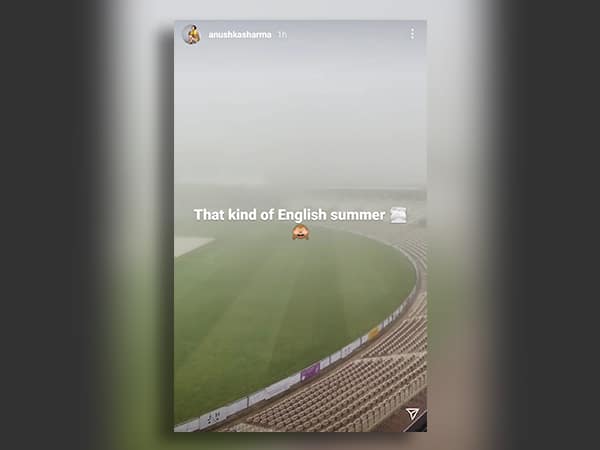 Interestingly, the International Cricket Council (ICC) has allocated a Reserve Day to make up for any lost time during the regular days of the Final, scheduled to be played from 18 to 22 June, with 23 June set aside as the Reserve Day.

The Reserve Day has been scheduled to ensure five full days of play, and it will only be used if lost playing time cannot be recovered through the normal provisions for each day.

Also, both India and New Zealand will be adjudged joint winners of the WTC if their final clash in Southampton ends in a draw or tie.