India clinched a crushing win by an innings and 46 runs in their first-ever day-night pink ball Test against Bangladesh. 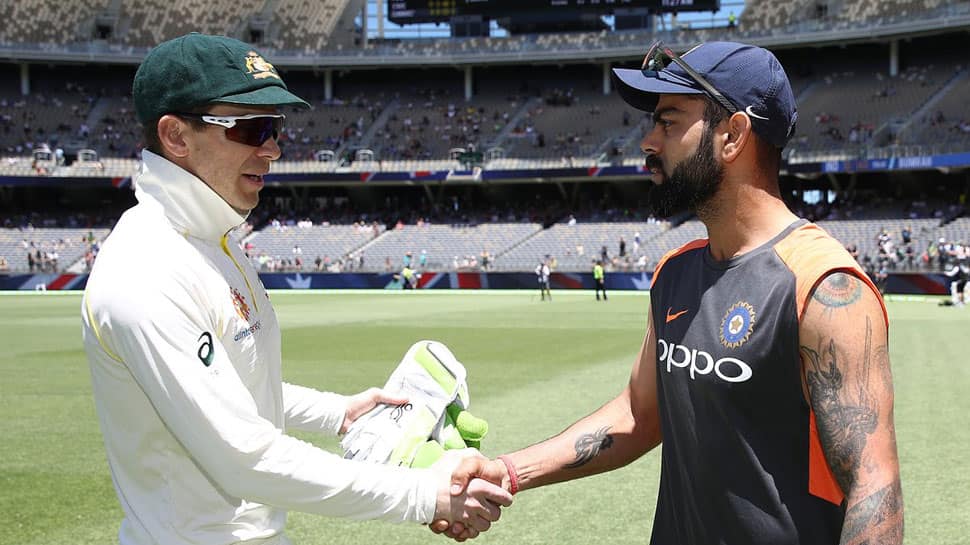 Australia skipper Tim Paine recently pushed the idea that India after hosting Bangladesh in their maiden Day-Night Test should now look to play one against the Aussies when Virat Kohli and boys travel Down Under.

And former India opener Gautam Gambhir believes that Kohli and boys shouldn't back down and should take on the challenge.

"I like the way Australia skipper Tim Paine has "flighted" one for India captain Virat Kohli, challenging him to play a day-night fixture on the next tour Down Under," Gambhir wrote in the Times of India.

"Knowing Virat he is not the one to back out. And why should he? A day-night Test match between India and Australia at Brisbane or the MCG will be quite a spectacle. And you can trust Aussies to make it a truly memorable game by some smart marketing.

"I haven't seen Virat's response for Paine, but if I was him I would have straight away told him to make some late-night babysitting arrangements as we were ready!!!" he added.

Reiterating his stance on pink ball Tests, Kohli said, "There has to be planning for pink-ball game. We played on home conditions. You ask Bangladesh and they'd have liked a practice game before this game. Just because we know knew conditions and our bowlers are bowling so well, we don't really feel the challenge...When we play away from home, we'd figure out what could be even more difficult playing with the pink ball.

Australia captain Paine said on Sunday that he is keen to play the opening Test against touring India next year-end at The Gabba in Brisbane, possibly a day-night affair.

Paine took a cheeky dig at Kohli while expressing his desire, saying he would take the latter's 'permission' for doing so.

"We'll certainly try and we'll have to run that by Virat," said Paine, provoking laughter from media persons during a press conference at The Gabba after Australia beat Pakistan in the first Test by an innings and 5 runs.

"We'll get an answer from him at some stage I'm sure. This is where (Brisbane) we like to start our summer and it has been so for a long, long time except for last summer.

"As I said, we'll ask Virat and see if we can get his permission to play here and maybe even get a pink ball Test if he's in a good mood. So we'll wait and see," Paine said.