Kohli who has featured in the Indian Premier League (IPL) for the Royal Challengers Bangalore alongside Starc stated that the bowler should be supported at every stage. 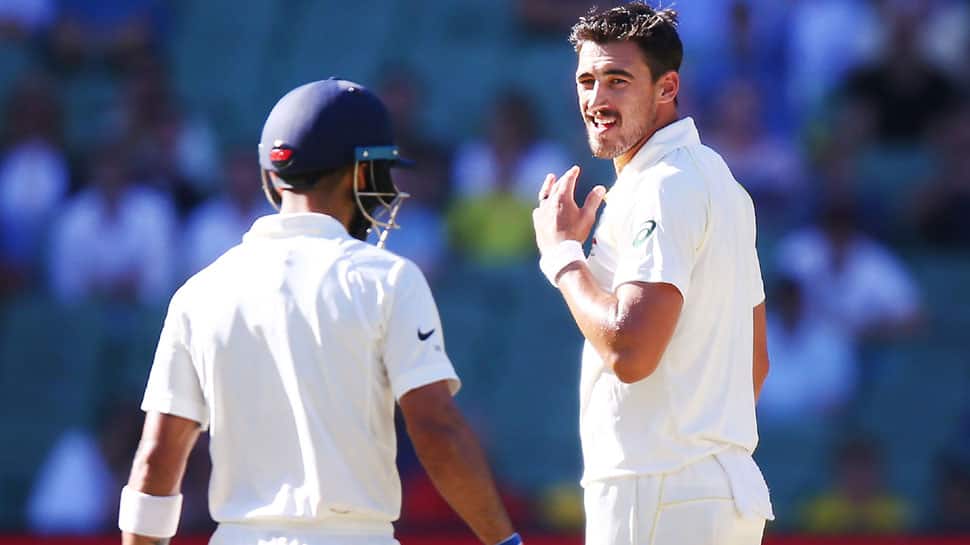 Starc picked 13 wickets in seven innings at an average of 34.53 which resulted in negative feedback from legends like Shane Warne.

Warne expressed his dissatisfaction with the fast-bowler's body language and bowling control.

However, Kohli who has featured in the Indian Premier League (IPL) for the Royal Challengers Bangalore alongside Starc stated that the bowler should be supported at every stage.

"He is a very skilful bowler. He has got the right mindset. He has been your No.1 bowler for years now," he said.

"I am a little surprised with the magnitude of the criticism that has come to him. If he is your best bowler, you give him space to work things out and not mount more pressure on him."

"Because you don’t want to lose a guy like that who is so skilled and wins games," added Kohli.

Australian skipper Tim Paine further defended the premier fast-bowler, stating that he is down on form but giving it his all.

"When he's at his best he's brilliant. When's he not so much, but again he's not running out trying to spray the ball everywhere," he said.

"That's what I don't get with the criticism he's getting. Mitchell Starc is trying his absolute best to do the same thing he did a year ago when he was swinging the ball around corners.He's down on confidence a little bit and I sometimes think people forget that he's just a bloke who's trying his best."

"I know he's playing at the highest level and they expect a lot from him, but it doesn't always work; it's Test cricket, he's coming up against some very, very good batters and he's not quite at his best," added Paine.