Australia can at best hope to level the series but with a batting line-up that has failed to stand up to a disciplined and penetrative Indian attack, the odds are stacked against the hosts. 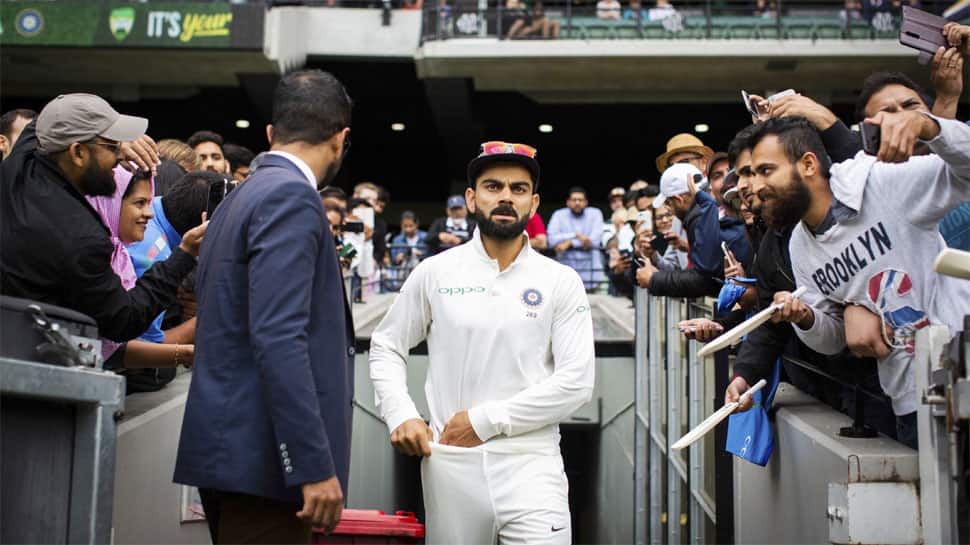 India and Australia resume their Test battle at the Sydney Cricket Ground, Sydney on Thursday with the Virat Kohli-led side have already secured the Border-Gavaskar trophy by virtue of having taken an assailable 2-1 lead in the four-match series. Sydney, though, has not been a happy ground for India as they have lost five of the 11 Tests played here and managed to win just one way back in 1978.

Since the beginning of this century, India have played five Test, losing three and drawing the other two. All the three defeats have been huge with two of them being by an innings and the other one by a massive 122 runs. But Kohli's team has already reached a position where it cannot lose the series and will go all out to close the Sydney match on a winning note to justify its position as the top-ranked Test team.

While Kohli during his pre-match press conference claimed that he was not focussing on creating history by becoming the captain of an Indian team which is the first to win a Test series Down Under, the final scoreline in India's favour will surely place in him in an enviable league.

Australia can at best hope to level the series but with a batting line-up that has failed to stand up to a disciplined and penetrative Indian attack, the odds are stacked against the hosts. What will, however, be in their favour is the doubt over off-spinner Ravichandran Ashwin who is suffering from an abdominal strain sustained during the fourth day of the first Test in Adelaide. He missed the second and the third Tests with the team management deciding to take the final call on him only on the morning of the Sydney Test.

India have named two left-arm spinners - chinaman bowler Kuldeep Yadav and the orthodox Ravindra Jadeja in the final 13. Kohli is likely to go in with the duo if Ashwin fails to regain full fitness as the Sydney pitch is one of the slower ones in Australia the hosts are not known to great skills against the slow turners even though their performance against the Indian quicks too has been extremely poor.

With the pace trio of Mohammed Shami, Jasprit Bumrah and Umesh Yadav, the two spinners will in all likelihood bamboozle the Australian batsmen. Bumrah, the red-hot pacer at the moment with nine wickets under his belt in the third Test at Melbourne, has shown that the current crop of Australian batsmen lacks the technique to face the moving ball.

With Kohli, Cheteshwar Pujara and Mayank Agarwal, who made his Test debut in the Melbourne match, standing tall with the bat, a historic first awaits Team India in the New Year. Australia, on the other hand, have a lot to ponder as neither their batsmen nor the bowlers, barring a few occasions, have managed to keep the Indians in check in the ongoing Test series.