Kohli was declared Man of the Match for his impressive performance with the bat. 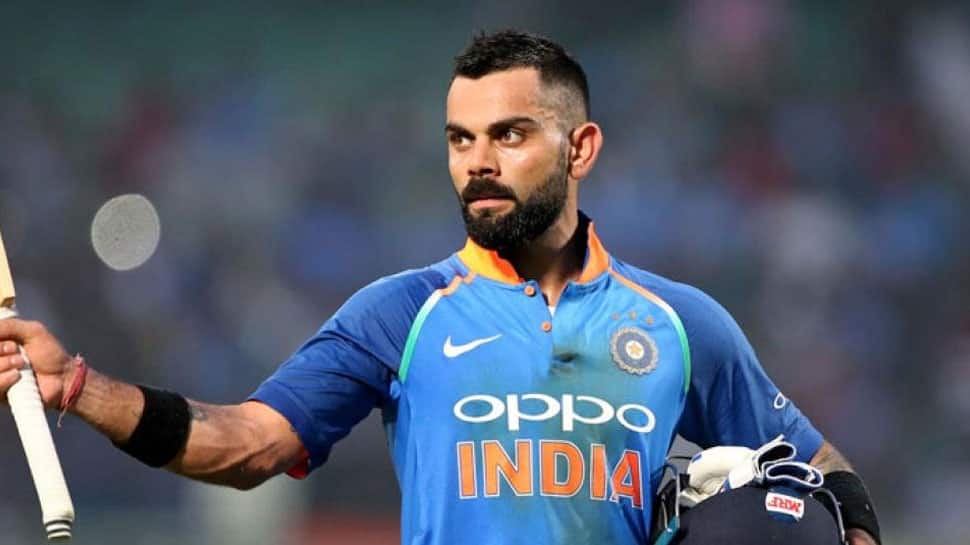 Skipper Virat Kohli smashed an unbeaten knock of 94 runs while opener KL Rahul well-supported him with a half-century as India beat West Indies by six wickets in the opening T20I of the three-match series at the Rajiv Gandhi International Stadium in Hyderabad on Friday.

Chasing a difficult target of 208 runs to win, the Men in Blue lost opener Rohit Sharma cheaply for eight runs after he was caught by Shimron Hetmyer at deep midwicket on a Khary Pierre delivery in the fourth over.

Subsequently, Kohli joined forces with KL Rahul (62 off 40 balls) and the duo not only smashed a half-century each, but also stitched a 100-run partnership for the second wicket to reduce India's gap to 78 runs.

The Indian skipper then shared a 48-run knock with Rishabh Pant (18) before eventually helping the hosts cross the mark in 18.4 overs. Kohli ultimately finished with 94 runs off 50 balls, including six boundaries and as many maximums.

For West Indies, Kharry Pierre bagged two wickets while conceding 44 runs. Kieron Pollard and Sheldon Cottrell also chipped in with a wicket each.

Earlier, Shimron Hetmyer (56 off 41 balls) smashed his maiden T20I half-century while Evin Lewis pulled back 40 runs off just 17 balls to help West Indies post a mammoth total of 207 runs in their stipulated 20 overs. Skipper Kieron Pollard and Brandon King were other notable contributors for the visitors with 37 and 31 runs, respectively.

Yuzvendra Chahal picked up two wickets for India while giving away 36 runs. Birthday boy Ravindra Jadeja, Deepak Chahar and Washington Sundar all chipped in with a wicket each.

Kohli was declared Man of the Match for his impressive performance with the bat.

India, who have now taken a 1-0 lead in the three-match series, will now take on the Caribbean side in the second T20I on December 8 at Greenfield Stadium in Kerala.

India vs West Indies, 1st T20I: As it Happened