Virender Sehwag's advice to Rishabh Pant after his omission from ODIs, T20Is against Australia

"Rishabh Pant needs to improve in the chances he's given and finish matches and show that he has the capability to return to the Indian team," said Virender Sehwag. 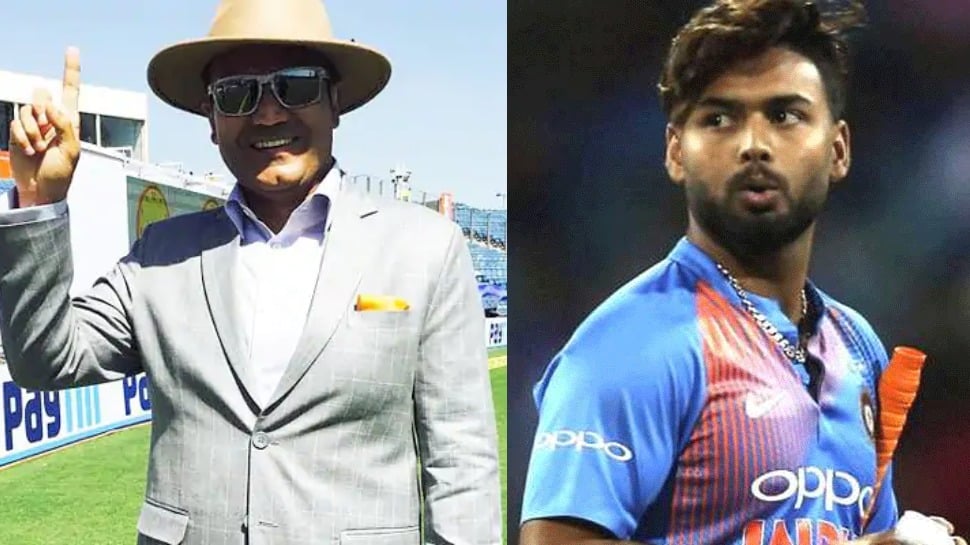 New Delhi: The Board of Control for Cricket in India (BCCI) announced India's squad for their tour of Australia on October 26 and some additions and omissions in the squad have raised a few questions. Talking about the same, India's former batsman Virender Sehwag has supported selector's decision to keep Rishabh Pant out of the ODI and T20I squads against the Aussies and adviced the left-hander to learn to finish matches.

The 23-year old Pant was selected in the Test squad but was dropped in the limited over format that is scheduled to begin from November 27.

During an interaction on Crizbuzz, Sehwag said, "Rishabh Pant's omission wasn't surprising because even in the last tour, he was not in the playing XI after being fit. This was probably a message to Pant that he needs to change his style and start finishing games."

Viru also talked about the early 2000s and added, "During our time, Rahul Dravid used to keep the wickets because we did not have a good wicketkeeper till Dhoni was included in the team. So, Rahul Dravid was used as a keeper as he would also play as an extra batsman."

Sehwag said, "Rishabh even after being good, the way he throws away his wicket while batting and doesn't finish matches, could be the reason why skipper Virat Kohli, Ravi Shastri or the selectors might not be happy with him."

"Rishabh Pant needs to improve in the chances he's given and finish matches and show that he has the capability to return to the Indian team," said Sehwag.

He has also appeared in 63 matches in the Indian Premier League and is currently playing in IPL 2020 with the Delhi Capitals.