During the course of his 174-ball knock, Rohit smashed 12 fours and 5 sixes while Mayank hit 11 fours and 2 sixes in his 183-ball innings. 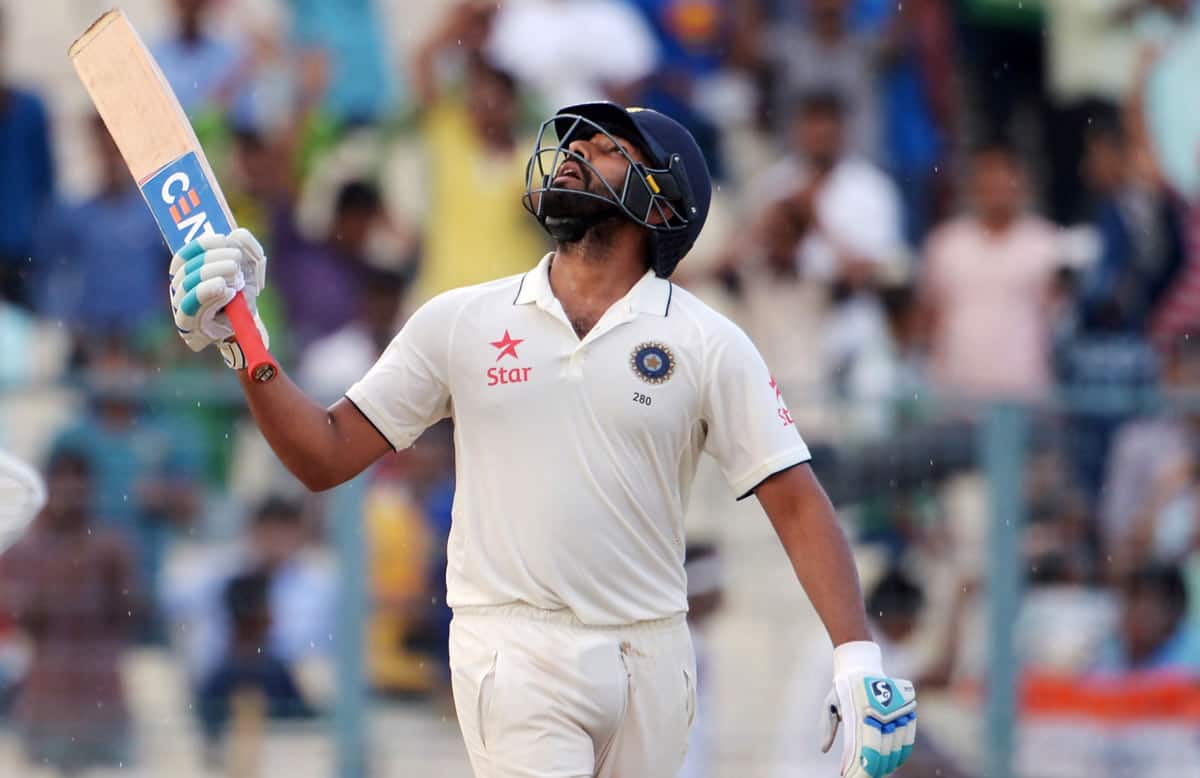 Visakhapatnam: Swashbuckling Indian batsman Rohit Sharma grabbed the opportunity to open the innings with both hands as he struck a blistering hundred on the rain-hit opening day of the first Test against South Africa at the ACA-VDCA Stadium on Wednesday.

Rohit, in his debut innings as Test opener, hit an unbeaten 115 and took India to 202/0 with Mayank Agarwal -- unbeaten on 84 -- before rain played spoiltsport soon after the umpires stopped play -- due to bad light -- for an early tea.

Having stamped his class in the maiden appearance as opener, Rohit will now look to show consistency from here on. Starting the second session at 91/0, the Indian openers put on 111 runs in the post-lunch session as the South Africa bowlers had no answer to the quality batting on display by the hosts.

The second session saw India's openers reign supreme after a caution-first approach in the morning session. Rising to the challenge handed to him by the team management, Rohit stole the show as he put on display the same elegance which sees him dominate bowlers in white-ball cricket.

After playing cautiously at the start of the innings, it was all about punishing not just the bad balls, but also the good ones as the batsman brought up his fourth Test hundred in a session that saw the Indian batsmen take the Proteas bowlers to the cleaners. The partnership between him and Mayank also saw them register India's first 100-run partnership at the top of the innings since June 2018.

Earlier, in the first hour of the game, both the openers looked to play out both Vernon Philander and Kagiso Rabada as they bowled decent lines with the new ball. But once the spinners were introduced, both Rohit and Mayank changed gears.

The Indian openers scored 91 runs in the first session after Virat Kohli won the toss and elected to bat. In the first hour of the game, both the openers tried to be more assured of their defensive play. There were a couple of nervy moments but once they got past them, the duo made full use of the batting conditions on offer.

During the course of his 174-ball knock, Rohit smashed 12 fours and 5 sixes while Mayank hit 11 fours and 2 sixes in his 183-ball innings.

No further play was possible in the third and final session of the day because of the heavy downpour which ultimately forced the umpires to call stumps.