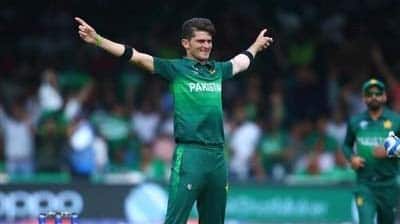 Taking to Twitter Yonis wrote on Saturday, "Not bad from a 19year old...Hard work always pay off...Congratulations on picking up your first of many 5 wickets haul... @iShaheenAfridi #PAKvsSL."

The left-arm pacer returned with figures of 5-77 in his 26.5 over spell in the ongoing second Test between Sri Lanka and Pakistan at the National Stadium in Karachi.

The 19-year-old bowled out Lahiru Kumara for a duck and helped his side bundle out Sri Lanka for 271. His first four wickets were Oshada Fernando (4), Angelo Mathews (13), Dhananjaya de Silva (32), and Dilruwan Perera (48) respectively.

Playing in his seventh Test, Shah had 24 wickets under his name till now.

Earlier, Pakistan were bundled out for 191 runs in the first innings.For Sri Lanka, Lahiru Kumara and Lasith Embuldeniya took four wickets each.