We are learning sledging from Aussies: Shakib Al Hasan

Australia have been known to be a team full of bold and brash players but Bangladesh have a more understated approach. 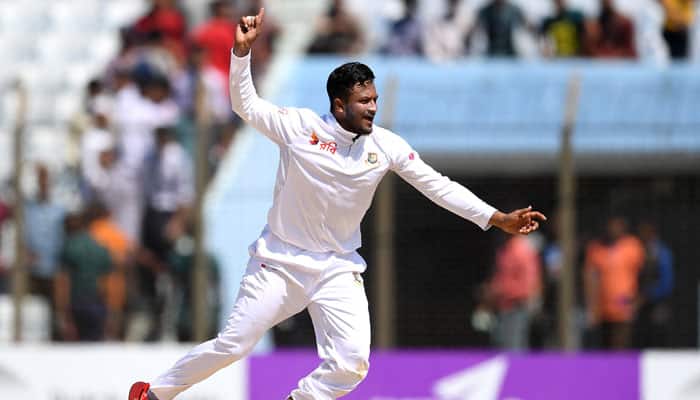 New Delhi: Bangladesh beat Australia by 20 runs in the first Test in Dhaka on Wednesday. While it was a seesaw battle on the field with respect to runs and wickets, amid the heat, there was a verbal dingdong between the players of both teams. Australia have been known to be a team full of bold and brash players but Bangladesh have a more understated approach.

But when it came to matching the Aussies with respect to verbal volleys during this Test, Bangladesh were not far behind.

On the sledging part, vice-captain and man of the match in Dhaka, Shakib Al Hasan was quoted to be saying by Cricinfo.com, "Australians are very good at it, we are learning from them. After this Test match they will show a lot more respect."

He further added, "At home, we believe we can beat any side. We had that confidence and the belief came from the last two-three years. Not many have been watching us but we were quietly doing our job."

The second Test begins in Chittagong on September 4. Bangladesh will want to make sure that they keep the momentum with them. Australia were hampered by losing the toss as well as being without an injured Josh Hazlewood for much of Bangladesh’s second innings and would want to make a stronger comeback.