Australia are confident of moving with current squad to World Cup: Alex Carey

The five-match series against India is poised at 2-2, thanks to Australia's back-to-back wins after staring down the barrel at one stage. 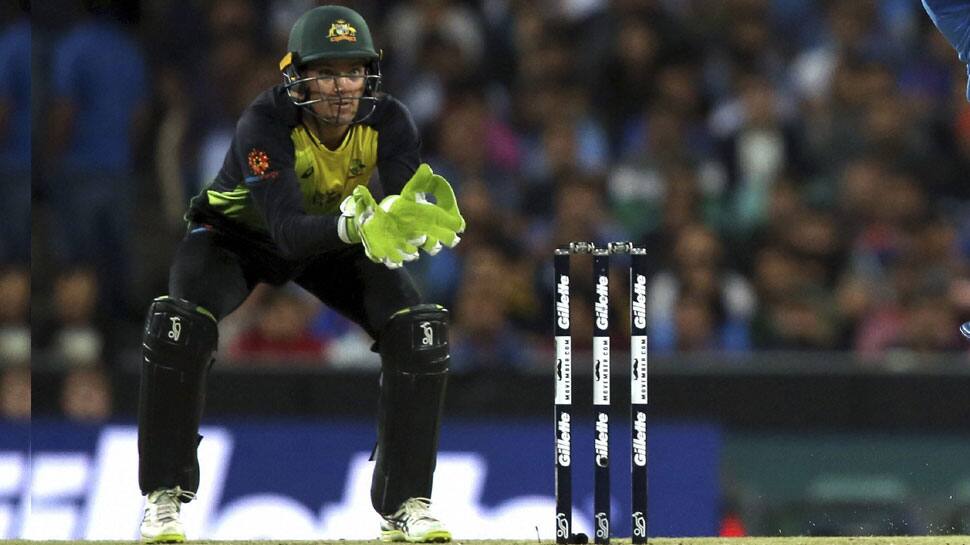 Emboldened by Australia's remarkable turnaround in the ODI series against India, vice-captain Alex Carey on Tuesday said they are 'really confident' of entering the ICC World Cup with a squad good enough to play like defending champions.

The five-match series is poised at 2-2, thanks to Australia's back-to-back wins after staring down the barrel at one stage.

"As a player in the Australian cricket side we have been working hard in the last 12-18 months. Some success has started to come our way. We are really confident moving with the squad we take to the World Cup," Carey said on the eve of the series-deciding game here.

Carey said it will only add to the strength of the side when Steve Smith and David Warner rejoin the side after serving out their bans.

"Those are definitely some big names that might come back into the line. The guys that are in the side are performing well, so it's only healthy for Australian cricket that the guys in the side are playing well and these guys that have done really well in the past have definitely put their hand up for selection when they are available."

He further said that he was not surprised by the way the Australian batsmen tackled India's formidable spin duo of Yuzvendra Chahal and Kuldeep Yadav, who have tormented batters with their guile in recent times.

"There has probably been a fair bit of media (analysis) about Australia playing against spin in the past. We have worked really hard on playing spin bowling in the nets over 12-18 months. I guess to see some reward, again it's no surprise, but the guys are doing so much hard work off the field," said Carey.

The match will be played on a Feroz Shah Kotla wicket which may assist slow bowlers. Carey, though, said they are capable of handling whatever is thrown at them.

"We played some local Indian bowlers that we tried in the nets, so I guess it's really good experience. Guys getting out there in the middle, to have the confidence to take on their spinners got to be great tomorrow."

He said the strength of the Australian team at the moment is that they have plenty of options.

"We take a lot of confidence that we trust the batters to perform their role. When Ashton did that the other night he did really well. They (Indians) are world class bowlers and I am sure they want to bounce back and it's up to our batters to have a game plan to negate that. We trust the players to perform their role and take on the best bowlers in the world and do a good job."

Carey said it will be a contest to watch for, since they have the momentum and India would be keen to bounce back after two defeats.

"We were out under pressure early in the series. Some games were really close and now we have the series level at 2-2. It is obviously exciting going into tomorrow with the series on the line. Obviously (we will) take some momentum from the last game. The boys are felling confident."

"India are going to bounce back quickly, but I guess for us we thought we played some pretty good cricket in the first two games and we just fell short so to have the series at 2-2, really excited. I am really looking forward to and so are the guys," he signed off.