We can go out there and put things right: English pacer Anya Shrubsole

India outclassed world champions England by 66 runs in the series opener on Friday. 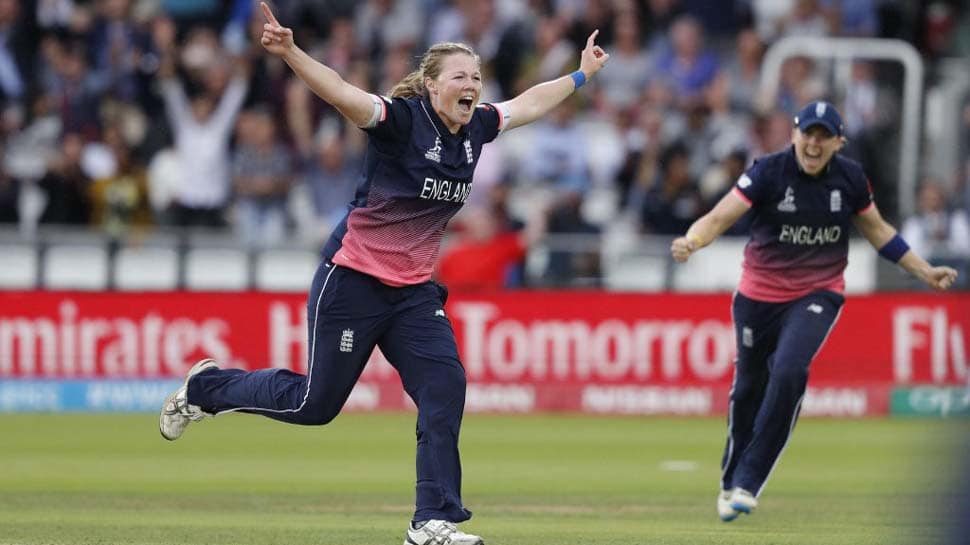 England may be trailing 0-1, but they have the quality to turn things around in the three-match ODI series against India, pace spearhead Anya Shrubsole said on Sunday.

"We have the quality in the team to turn things around. We have shown resilience in the last 18 months - winning from losing positions and coming back in the series. (I) really believe we can go out there and put things right where we need to," Shrubsole said on the eve of the second ODI.

India outclassed world champions England by 66 runs in the series opener on Friday.

"We bowled and fielded really well. We got to do a lot of the same things, for longer. We know the wickets, that it will be hard to score in the second innings. It's just about making a few minor adjustments," said the Somerset-born player who has taken 69 wickets in 56 ODIs.

England won the toss, put the hosts in to bat and restricted them to 202 but then folded up for 136 while chasing the modest total in the series opener.

Shrubsole said she was not sure what the game plan will be if the team wins the toss again.

"No idea, it's a tricky toss decision. It's a 9 am start, there is dew and the ball swings around. But then on the other hand pitch helps the spinners later," she said.

The England batsmen struggled against the Indian spin trio of Ekta Bisht, who grabbed 4 for 25, Deepti Sharma and Poonam Yadav and Shrubsole was sure a repeat challenge against the slow bowlers was in store.

"We had prepared really well for the (opening) game. Having reviewed the game, I think we did a lot of things right. We actually played 3/4th of the game really well. We know how the wicket is going to play, it's going to be lots of spin again. It's just about doing a few things better," Shrubsole said.

"They (India) have got a really good spin attack. We had prepared for that back in England, have prepared for that out here as well. Nothing really changes. It's about doing a few things right in the game. Playing them is obviously a challenge," she added.

Indian openers Jemimah Rodrigues and Smriti Mandhana are the key wickets early on, according to Shrubsole.

"They have two really good opening batters, both are really good players and also right and left combination. We will look at getting their key wickets as early as possible and get into the middle order," she declared.