We give it back even better when someone pokes us: Virat Kohli on banters with Australia

He lauded stand-in skipper Ajinkya Rahane for the dominating eight-wicket win in the fourth Test, which concluded on the fourth day today. 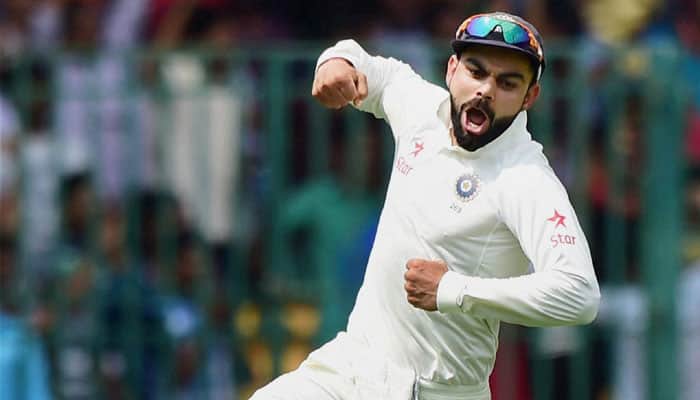 New Delhi: Indian captain Virat Kohli saw the Indian cricket team pull off one of their best performances ever, thrashing Australia by 8 wickets to clinch 2-1 triumph in the Border Gavaskar Trophy. The Indian skipper, who sat out of the final match havins suffered a shoulder injury, described this victory as his side's best series win so far, saying his highly motivated teammates give it right back when poked.

"Regardless of whether we are on top or not, we speak, if something pokes us we speak and give it right back. All people don't digest it well but we take it very well and we give it back even better," Kohli told 'Star Sports' after the fourth Test here, which he missed owing to a shoulder injury.

The feisty batsman was in the Australian media's line of fire after stopping just short of calling rival captain Steve Smith a cheat for his infamous DRS 'Brain Fade'. Brushing the criticism aside, Kohli said he hardly cares for what was spoken or written about him Down Under.

"Some people want to create some spice sitting at some part of the world. They don't confront such situations themselves. The easiest thing to do is to just sit at home and write a blog or speak on Mic but to go out there and bowl and bat is different," he said.

Kohli said he was thoroughly enjoying the responsibility of leading a motivated side.

"I like taking responsibility, every game that I play for India is an opportunity to do something special with my skills. I like getting involved in the game. The workload is something that needs to be kept in mind in future but right now when the body is responding well I am fine," he said.

"It's been unbelievable. This is our best series win so far. The way we bounced back from World No 7 to No. 1 has been outstanding achievement and I am proud as a captain.

"I thought (the series against) England was intense, but the way Australia gave us a fight it was amazing on their part but our guys kept bouncing back. We showed true character and maturity. The guys handled themselves well," he added.

He lauded stand-in skipper Ajinkya Rahane for the dominating eight-wicket win in the fourth Test, which concluded on the fourth day today. 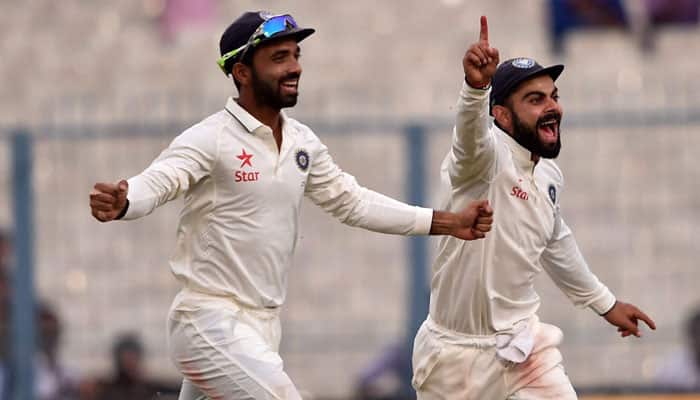 "Ajinkya led the team really well. It was very pleasing to see that from the outside."

Kohli said the fact his team's improved fitness helped has in taking the rigours of a long home season, which included series against South Africa, New Zealand and England.

"The changes we made in our fitness regimen have paid off. Guys have been able to sustain the performance throughout the season," he said.

"In the past, we have had sessions where we have given away the game easily. Not this season. It has been a team season. Not one or two individuals who have stood out.

READ: Was in my own bubble at times, I apologise for letting emotions slip, says Steve Smith

Heaping praise on the pacers, Kohli said: "Unbelievable, the kind of fitness and desire the fast bowlers have shown, it has been game-changing."

Speaking about his recovery from the shoulder niggle, Kohli said he will be back to full fitness in a few weeks.

"It's still a few weeks to go till I can be 100 per cent on the field. You have to take it in your stride and move forward," he said.

Rahane, on the other hand, credited the all-round team effort for the victory.

"Really enjoyed the win. Credit to all the boys. Not only this series, but to whoever has played this season. I am really happy as a captain. I thought our bowlers, batsmen and fielders, they all did well," Rahane said.

An aggressive Rahane was on display today as he blasted two consecutive sixes off Pat Cummins even though India was chasing a paltry score of 106.

Asked about the sixes, Rahane said: "In low-scoring games, you just need 30-40 quick runs in the middle. I was thinking of the Galle defeat when we got into our shell."

Adjudged Man of Match and Man of the series, Ravindra Jadeja was on cloud nine. 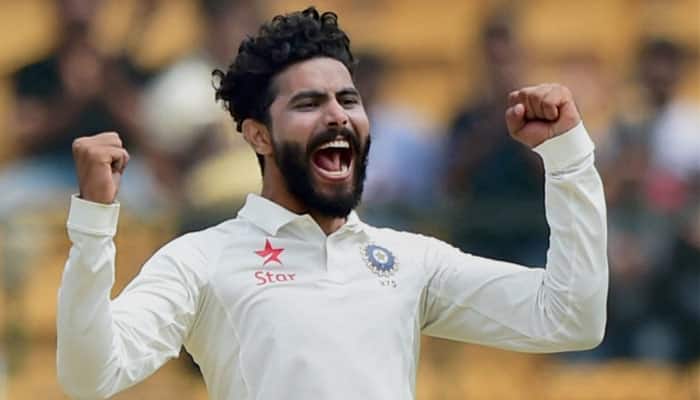 "It really feels great to be the No. 1 Test bowler and being part of this champion Test side," he said.

"When I batted, I was thinking to take my time and then Matthew Wade chirped from behind. That motivated me. If I can respond to him with runs, it will be great."

Jadeja also credited his coaches and captain for his performance and said he is happy to have answered his critics.

"Coaches and captain have been telling me, I have the skill to bat long. I developed as a player overall. Some time ago people didn't consider me a Test bowler. This season is a good response to them," he said.

Talking about his combination with Ravichandran Ashwin, Jadeja said: "Ashwin and I maintain pressure from both ends. The variation of off-spinner and left-arm spinner also works well. It is difficult for any team to play such a combination.

"Hopefully we can continue this outside India too."

Known for his sword-wielding celebration, Jadeja said: "I will try to get to a hundred next time, and celebrate with two bats as swords.

Was in my own bubble at times, I apologise for letting emotions slip: Steve Smith