We have been rewarded reasonably for discipline: Saurashtra coach Sitanshu Kotak

Kotak said removing Wasim Jaffer, who has a penchant to produce big hundreds, cheaply and the strange dismissal of rival captain Faiz Fazal allowed them to take control over the proceedings. 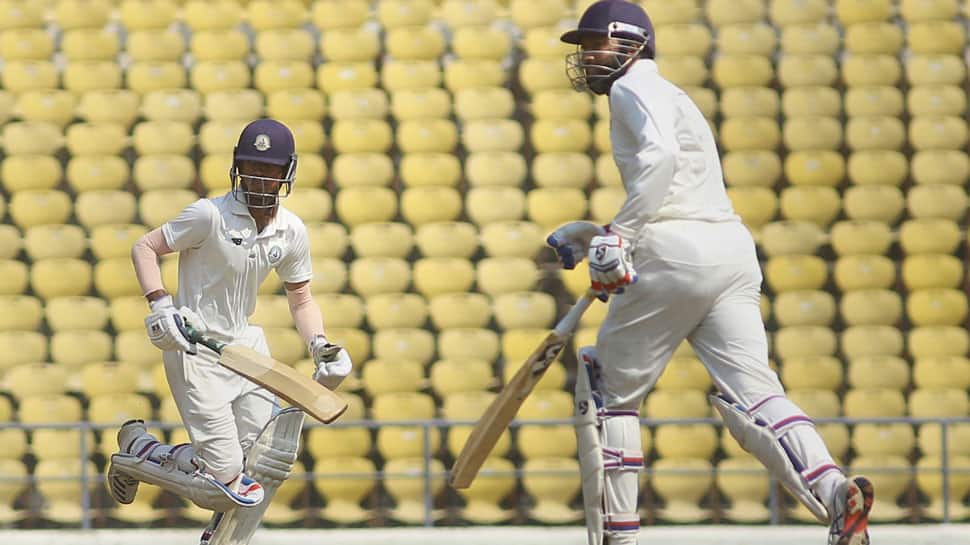 Saurashtra coach Sitanshu Kotak was all smiles after being "rewarded reasonably" for their disciplined effort, which left defending champions Vidarbha reeling at 200 for seven at the end of day one in the Ranji Trophy final, on Sunday.

Kotak said removing Wasim Jaffer, who has a penchant to produce big hundreds, cheaply and the strange dismissal of rival captain Faiz Fazal allowed them to take control over the proceedings.

Kotak admitted that if Jaffer gets going, it's difficult to stop the run riot and he felt that the in-form batsman perhaps made a mistake by not going for his strokes today.

Jaffer was dismissed for just 23 by Saurashtra skipper Jaydev Unadkat, who moved one away and Jaffer, without moving his feet, nicked it to first slip.

"Wasim bhai likes to go for his shots but today he sort of held back. The wicket was also slow and a bit damp today. We had a decent day after losing toss. We would also have batted first upon winning the toss," said Kotak.

"We were very disciplined, intensity was there and we have been reasonably rewarded. We kept getting wickets at intervals. We were lucky to get wicket of Faiz."

"It's definitely not a wicket where you can bowl out the opposition for 150, so we have done well."

Saurashtra had the option of taking the second new ball immediately after 80 overs but Unadkat chose to take it three overs before stumps.

Kotak defended the decision, when asked if the delay was a mistake.

"It was a fair call. The players on the field have to decide."

Meanwhile, Vidarbha batsman Akshay Karnewar, who played a key role in saving Vidarbha the blushes with his fighting unbeaten 31 in the final session, said his side is in for the grind.

"We were out of the game, came back and then again were out. It was a slow surface but still good for batting. We lost wickets at the wrong times. We have to bat as long as possible tomorrow," he said.

Vidarbha were gasping at 139 for six when Karnewar joined Akshay Wadkar at the crease and stitched a crucial 57-run partnership.