We look at workload as our team is a little older than others: Chennai coach Stephen Fleming

The former New Zealand captain said that his team does not wish to complicate things going into the playoffs of the Indian Premier League. 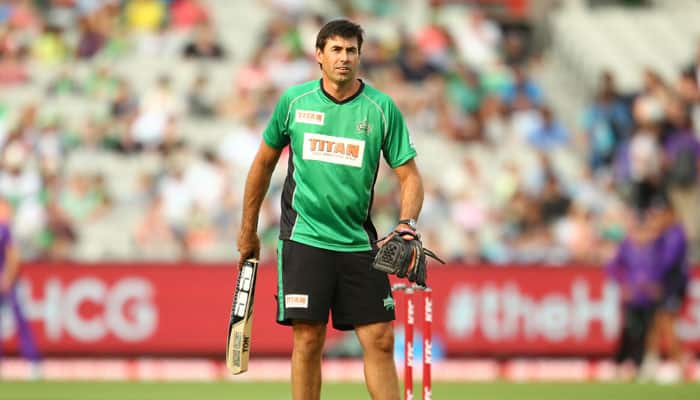 Keeping a tab on players' workload is paramount in the Chennai Super Kings as the average age of the team is "a little" more than others, coach Stephen Fleming said on Saturday.

Asked if the team management was looking at the workload of skipper MS Dhoni given that he had to take rest in the middle of the tournament due to back spasm, Fleming said: "we look at the workload of the players just because we are a little bit older than other teams, so we are always monitoring that."

"To be honest, the positive out of MS being sick last week is that he was able to take some rest. That's one of the challenges when you always want one of your best players to play," he said, adding the skipper came back pretty good after the rest.

"His back felt great, (though) he was just a little bit weak from the flu that he had," said Fleming.

The former New Zealand captain said that his team does not wish to complicate things going into the playoffs of the Indian Premier League.

Three-times winners CSK sit atop the standings with 18 points from 13 matches and are gunning for a fourth title.

"If the results (of Delhi Capitals-Rajasthan Royals game) go our way today, then we can have a look at some options," Fleming said when asked if one can expect some changes in the team combination against Kings XI Punjab on Sunday.

At the same time, Fleming added, "But right now we are firmly fixed on winning tomorrow's game and playing well. You don't want to overcomplicate things, we have been in this position a number of times. We are very focussed on how we can win tomorrow."

Fleming said he was not worried about the form of Kedar Jadhav, who has been named in the 15-man Indian World Cup squad.

"I am not worried about him, he is very relaxed, he does have one eye on the World Cup as all the Indian players do in our side, but for now he is, form-wise, firmly fixed on contributing to how many games we have got left."

"No worries for me, he has been doing all the right things, just looking for another opportunity," he said about Jadhav.

Was aware of teammates' wrongdoings before 2010 spot-fixing scandal broke out: Shahid Afridi