We want to be as positive as possible against India: Martin Guptill 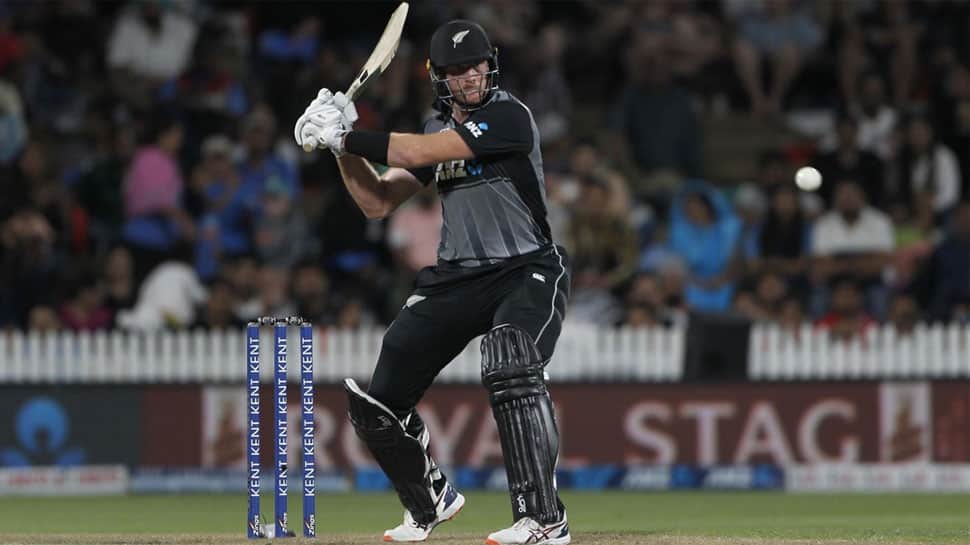 Auckland: Following their emphatic win over India in Hamilton, New Zealand opener Martin Guptill has stated that his team will once again come out with a positive frame of mind against the Men in Blue in the second ODI to be played at the Eden Park on Saturday.

New Zealand chased down a stiff 348-run target on Wednesday at Seddon Park and registered the first win in their last eight international matches. Guptill made 32 in an opening partnership of 85 with Henry Nicholls as Ross Taylor's brilliant hundred helped Black Caps take a 1-0 lead in the three-match series.

"We want to be as positive as possible. Once we get out there tomorrow, we will see how we go. If being positive means you losing two wickets early, so be it. My role does not change in the team, my role is to provide the team a quick start," Guptill said on Friday.

The opener further said that it was easier to face the Indian spinners in New Zealand as it doesn't spin much.

"It is a completely different situation. You can be a little more attacking here as the ball is not going to spin much. We can take confidence in how we played the spinners from the first match," Guptill said.

"You definitely get used to him with time, he has a unique action. We played him (Bumrah) well in the first match. We negated him from taking early wickets," he added.

The 33-year-old himself hasn't been in the best of forms in ODIs. He has not passed 50 since he made 73 in the team's first match at last year's World Cup - a 10-wicket win over Sri Lanka and has now gone 10 innings without a hundred.

However, Guptill wants to make most of the next two ODIs and desires to be a part of the World Cup squad that will travel to India in 2023.

"Absolutely," he said when asked, adding: "Pending body issues and form and things like that, hopefully, I can stick around and put enough numbers on the board to be in that squad."

The Black Caps have three more ODIs in Australia in March this summer, making for just six in total.

"The focus last year was because of the World Cup and there's a lot of T20 cricket leading into the T20 World Cup this year. I don't think one-day cricket is going anywhere, there's still a World Cup to play for in three years' time, and leading up to that there's going to be a lot of ODI cricket," he added.

He has been involved in the last three World Cups, where the Black Caps have made it to the semi-finals, losing it in the last four in 2011, then in the final in 2015 and 2019.

This day in 1999: When Anil Kumble registered a 'Perfect 10' against Pakistan