West Indies won the toss and chose to field first at the Sir Vivian Richards Stadium in North Sound. 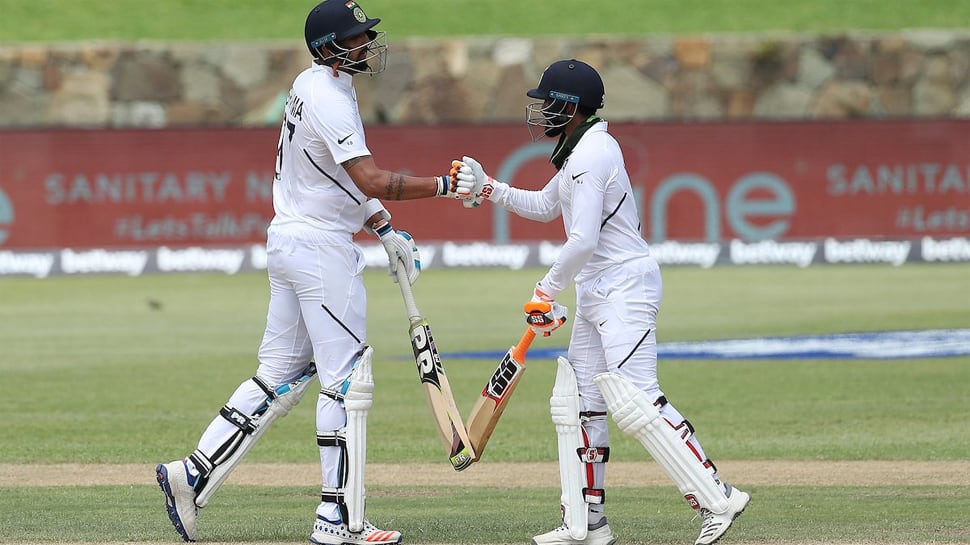 North Sound (Antigua): Days after being chosen for the Arjuna Award, Ravindra Jadeja played a mature knock of 58 which helped India recover from a top-order collapse and post 297 against the West Indies on Day 2 of the first Test here on Friday.

All-rounder Jadeja, who was batting on 3 at close of play on the first day with Rishabh Pant (20), took 112 balls for his 58 which was studded with six fours and a six as he took the visitors to a competitive first inning score which looked distant after eight overs in the first session of Day 1.

That will be Lunch on Day 2. A gritty partnership between Ishant & Jadeja has taken #TeamIndia to 297. Jadeja 58. Join us for the post Lunch session in a bit #WIvIND. pic.twitter.com/1DeiuEH7Oh

For West Indies, Kemar Roach was the pick of the bowlers taking four wickets and giving away 66 runs. Shannon Gabriel also returned impressive figures of 3/71.

India were 25/3 with Cheteshwar Pujara (2) and captain Virat Kohli (9) back in the hut before Vice Captain Ajinkya Rahane (81 off 163 balls; 10x4) steadied the ship with Hanuma Vihari (32) for company. But both batsmen were dismissed before stumps on Day 1, leaving young stumper Pant to do the recovery job with Jadeja.

Pant was out early on the second day for 24, taken at second slip by Jason Holder off Roach`s bowling. Jadeja, who brought up his 11th test fifty, was rock solid at one end pacing his innings to perfection and playing responsibly. Ishant Sharma (19) gave him company for a while before he was gone and Mohammed Shami was removed off the first ball by Roston Chase, caught and bowled.

Jadeja then hit Chase for a four through sweeper cover`s right to bring up his half century much to the delight of Kohli who was seen applauding from the stands. He smashed a six off the very next ball but could not take his team past the 300-run mark as a Holder bouncer undid him as he tried to hook the ball but it top-edged to wicketkeeper Shai Hope.

West Indies won the toss and chose to field first at the Sir Vivian Richards Stadium in North Sound on Thursday.