India will begin their tour of West Indies with a three-match T20I series from Saturday at Central Broward Regional Park in Florida before the two sides lock horns in three ODIs and two-match Test series. 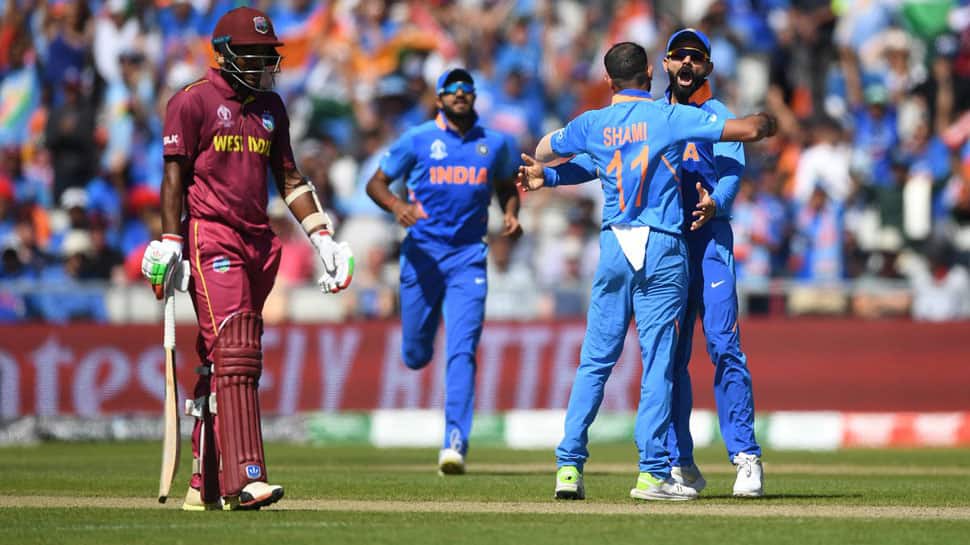 After a semi-final exit in the 2019 World Cup, the limited-overs series against West Indies will be a litmus test for India skipper Virat Kohli and coach Ravi Shastri. Having failed to live up to the expectation of fans and pundits in the showpiece event, Team India will now start to prepare with an eye on the 2023 World Cup and that makes the role of the captain and coach all the more important.

India will begin their tour of West Indies with a three-match T20I series from Saturday at Central Broward Regional Park in Florida before the two sides lock horns in three ODIs and two-match Test series.

While the team has done well in the longest format of the game, the same cannot be said of the team`s performances in the shorter formats and the last time India won an ICC event was back in 2013 when M.S. Dhoni lifted the Champions Trophy in England.

Failure to have an ICC trophy in the cabinet is one thing, but under Kohli, the team also lost the home series against Australia just before the start of the 2019 edition of the Indian Premier League. And to think, the Australian unit was without the services of Steve Smith, David Warner and Mitchell Starc among others.

With the head coach`s contract also up for renewal, the performance of the team in West Indies will play a role in deciding if Shastri is handed an extension or the Cricket Advisory Committee (CAC) picks a new personnel as the head coach.

Even though the Supreme Court-appointed Committee of Administrators (CoA) have made it clear that there will be no review meeting of the performance of the Men in Blue in the showpiece event, the failure of the batsmen after the top three has been highlighted by all and sundry.

Not just the batsmen, even in the bowling department, the likes of Kuldeep Yadav and Yuzvendra Chahal have left a lot to be desired. While the pace bowlers did an extremely good job during the World Cup, the same cannot be said of the spinners.

In fact, that is one of the reason that someone like Rahul Chahar has been called-up for the T20I series as that gives the selectors a chance to try options.

Former India skipper Sunil Gavaskar has been critical of the approach of the national selectors and have called them `lame ducks`.

"Speaking of lame ducks, the Indian selection committee appears to be one. This is probably one of the last selections for this committee (for the Windies tour) as a new one will get appointed soon. Hopefully that will have players of stature who will not get bullied and be able to tell the team management that their job is to play with the team chosen by the selectors," he told IANS.

Not one to mince his words, Gavaskar also questioned Kohli`s captaincy.

"After the reappointment, he (captain) gets invited to the meeting for his views on the selecting the players for the team. By bypassing the procedure, the message that goes out is that while the players like Kedar Jadhav, Dinesh Karthik get dropped after below expectation performance, the captain continues despite much below par expectations where the team did not even reach the finals," Gavaskar said.

Interestingly, talks are already on in some sections that split captaincy could be an option for the team looking at the 2023 World Cup and the performance of the Indian team in the Caribbean Islands will definitely decide if the thought needs to be turned into action.