West Indies displayed a brilliant performance against India on day one of the first Test. 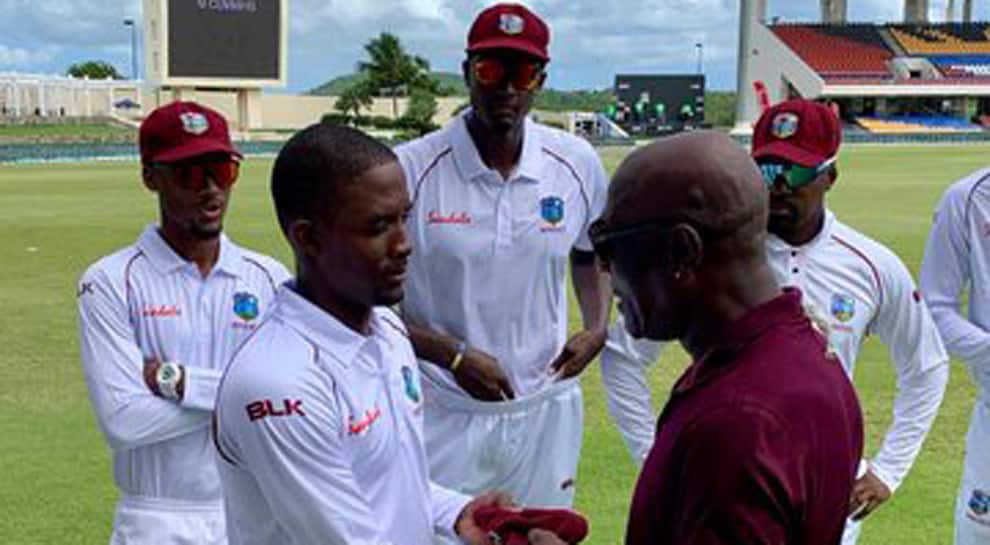 West Indies player Sharmarh Brooks, who received his Test debut cap from former cricketer Viv Richards on Thursday, said that the feeling was great to get the cap from `legend`.

"Be presented with the cap by the legend, Viv Richards was a very great feeling. We all know what he has done in the game. Looking forward to getting the opportunity to bat, been working too hard over the last two-three seasons," Brooks said in the post-match press conference.

West Indies displayed a brilliant performance against India on day one of the first Test. India only managed to score 203 for the loss of six wickets on day one.

Also, even though skipper Jason Holder did not take any wicket, he helped a lot in putting India under pressure as he bowled nine maiden overs out of the 15 that he delivered. Brooks feels that it was the preparation which helped them yield these good results.

"The preparation went really well for us for the last five days and today, I guess, it was just the result of the work we had put in over the last five days. The credit must go to the coaches and staff and to the bowling coach," he said.

India will resume day two from 203/6 on Friday.