By virtue of the win over Delhi, Sunrisers have moved to the top of the eight-team standings with six points from four games. 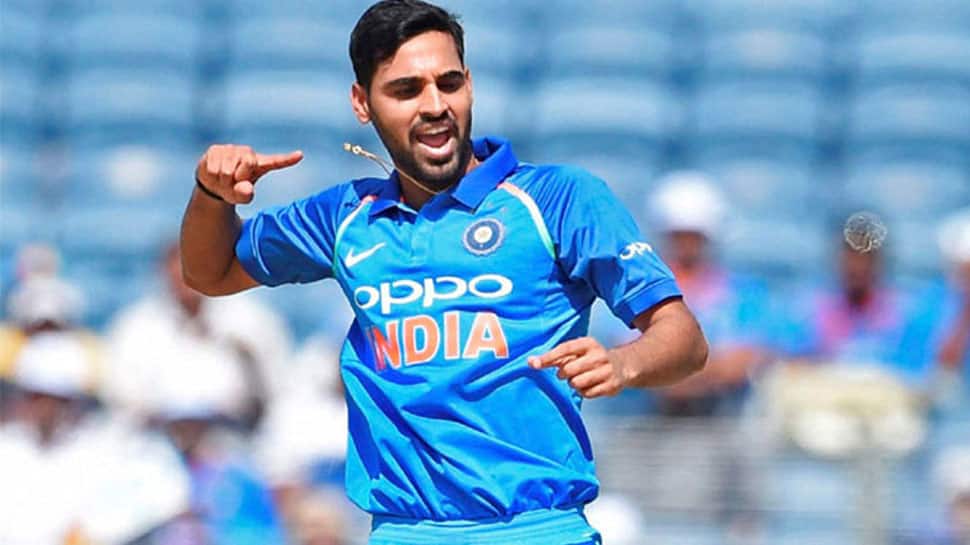 Sunrisers Hyderabad on Thursday defeated Delhi Capitals by five wickets to register a hat-trick of wins in the ongoing IPL and stand-in captain Bhuvneshwar Kumar said a skipper's job becomes relatively easy when the team does well.

By virtue of the win over Delhi, Sunrisers have moved to the top of the eight-team standings with six points from four games.

"When the team does well, captaincy is always easy. The captain is as good as his team," Bhuvneshwar said at the post-match press conference.

The Sunrisers captain said it was a difficult wicket to bat on and as the tournament progresses all the pitches across the country will behave in similar fashion.

"With the toss, we were not sure how the wicket was going to play. We were not surprised but we knew it wouldn't be too slow in the second innings," he said.

"Second half of the IPL, it's going to be slow all over India, and we have to be choosy with our eleven."

Delhi Capitals captain Shreyas Iyer said the batting department let his side down yet another day in the ongoing IPL.

"The last two games have been the same. Tough wicket and since they bowled first, they had a bit of an idea how to go about it. We didn't bat well. It's another learning, we should come back positively," he said.

"After the first time-out, we thought 140-150 would have been a great total. And we had three spinners, so we could have pounced on them. Unfortunately, we were short. I needed a little bit of support from someone at the other end from someone in the top 4. But it's a good lesson for us."

"The way we came back in the second innings was appreciable. The bowlers came up and that is good to see," he added.

Man-of-the-match Jonny Bairstow, who struck a quickfire 48 off 28 deliveries, too opined that the wicket on offer on Thursday at the Feroze Shah Kotla stadium was a difficult one for shot-making.

"There was probably a little less bounce. It was a good toss to win, so we were able to see how to play on wickets like that. Probably the first such pitch we've come across this season," he said.

"I am really pleased with the start, just going to try and keep going. We have three games in quick succession now and hopefully, we keep playing the same brand of cricket."