Can Rohit Sharma be dethroned as batsman with most runs in ICC World Cup 2019?

Rohit Sharma has scored a total of 648 runs in nine matches – highest by any batsman in the tournament so far. 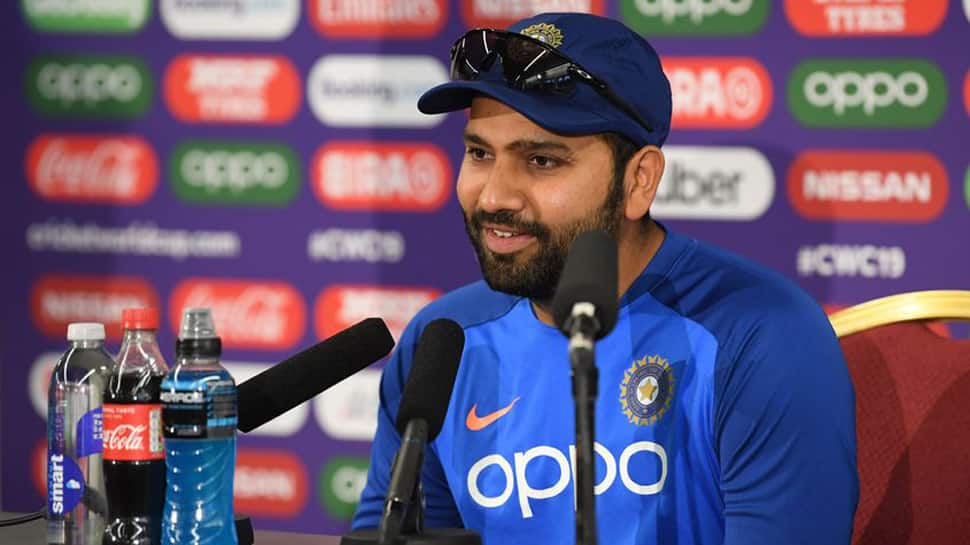 India was knocked out of ICC World Cup 2019 by New Zealand in a rain-affected match at Manchester’s Old Trafford stadium, dashing the hopes of millions of fans. But despite Team India’s ouster from the tournament, the Men in Blue continue to shine in different statistics tables.

One name that stands out from Team India is that of opener Rohit Sharma, who scripted history during the tournament by hitting five centuries. Despite India being knocked out of the World Cup, Sharma continues to top the list of maximum run getters in the tournament.

Sharma has scored a total of 648 runs in nine matches – highest by any batsman in the tournament so far. He is also the third highest with regard to batting average, having an average of 81. However, Sharma can still be dethroned in the final between England and New Zealand.

Joe Root, who is currently at the fourth slot, can become the player with most runs in the tournament if he manages to hit a century in the final match against New Zealand at The Lord’s in London.

Another English batsman, Jonny Bairstow, can also succeed in toppling Sharma from the position. He will have to score at least 153 in the final match of ICC World Cup 2019.

Sharma’s first century in the tournament came against South Africa at The Ageas Bowl, when he scored an unbeaten 122. His next ton – 140 – was against arch-rivals Pakistan at the Old Trafford on June 16. His next three centuries came against England (102), Bangladesh (104) and Sri Lanka (103).

Indian skipper Virat Kohli is also among the top 10 batsmen with most runs in the current edition of ICC World Cup. He has scored a total of 442 runs in nine matches.

Average-wise, Rohit Sharma continues to be followed closely by Ravindra Jadeja, who is ranked fourth at an average of 77. Notably, Jadeja’s average improved after his performance in the semi-final match against New Zealand wherein he scored 77 on 59 balls.