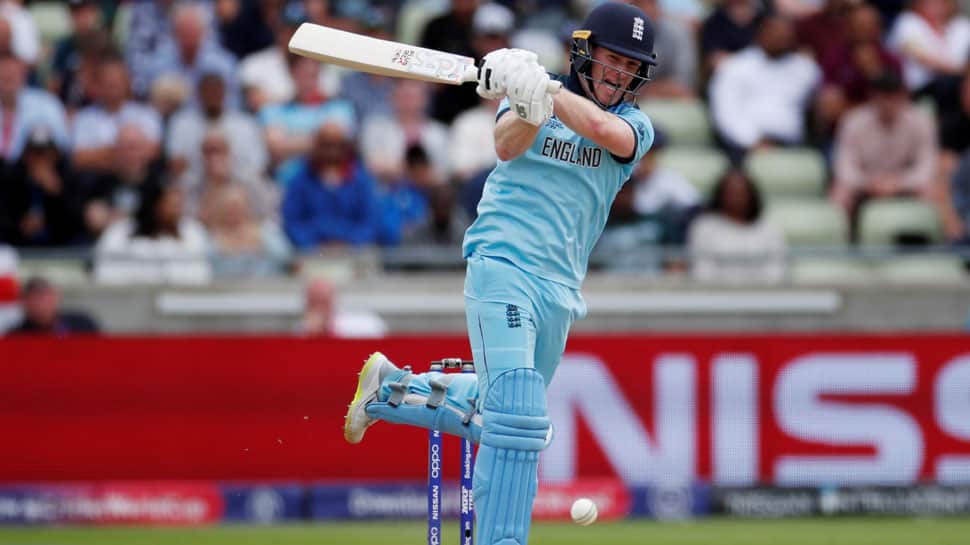 England limited-overs captain Eoin Morgan has said he would push himself through the next year's International Cricket Council (ICC) Men's T20I World Cup in Australia before making any decision on his retirement from international cricket.

The 33-year-old, who guided the side to their maiden 50-over World Cup title with a win over New Zealand during final of the 2019 edition, said he doesn't want to let his national side down by retiring less than a year from the prestigious T20I event.

"I won't say I'll be finished after the next World Cup, as I'd be afraid I'll only creep over the line and maybe fall off. I don't want to let anyone down. I want to drive through the World Cup in Australia and then make a call after that," the ICC quoted Morgan as saying.

"We have a special group of players at the moment. I feel very lucky to lead that group, and I think we can do something even more special down the line," he added.

England have already started building towards clinching their second white-ball global trophy by including some young players into their squad for the upcoming five-match T20I series against New Zealand, beginning on Friday at Hagley Oval, Christchurch.

21-year-old Worcestershire pacer Pat Brown and Test sensation Sam Curran are most likely to make their debuts in the series-opener against New Zealand.

Reflecting on the same, Morgan said that some of these young players would be given chance to cement their spot in the national T20I squad in the lead-up to the marquee tournament in 2021.

"There aren't a lot of places up for grabs in our best eleven, and probably our final 15, for 12 months down the line [at the T20 World Cup]," he said.

"But we're not only building for 12 months down the line, but the following World Cup as well. I think we're in a reasonably strong position. We'll look to build our best eleven and 15 for every series leading in, to fine-tune roles and have absolute clarity in what we're trying to do as a team," Morgan added.