West Indies' Nicholas Pooran, who scored a brilliant century in his side's narrow defeat to Sri Lanka, is hoping that the team can learn from its disappointing World Cup campaign and restore their pride in their next series against India. 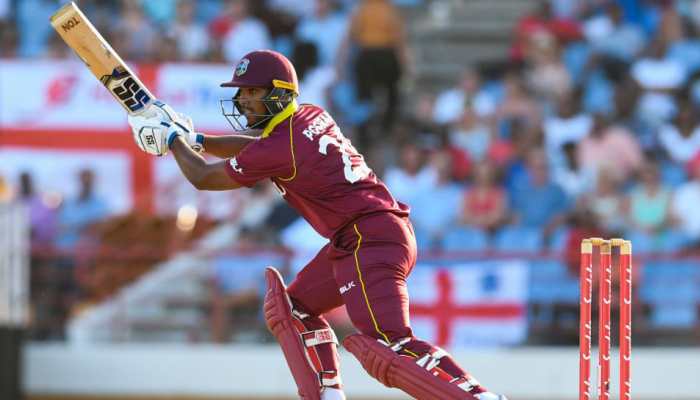 Chester-le-Street: West Indies' Nicholas Pooran, who scored a brilliant century in his side's narrow defeat to Sri Lanka, is hoping that the team can learn from its disappointing World Cup campaign and restore their pride in their next series against India.

On Monday, the 23-year-old left-hander scored his maiden ODI century (118) as the Windies suffered a seventh successive tournament defeat against Sri Lanka in Durham.

Pooran hammered an 83-run stand for the seventh wicket with Fabian Allen to give West Indies an unlikely shot at a record World Cup chase but they fell short by 23 runs.

"This hasn't been a successful tournament for us but as sportsmen, you fail more than you win and this has been a learning experience," he was quoted as saying by the ICC.

"We have a young team and a young batting line-up. Hopefully a lot of guys like me, Shimron Hetmyer, Shai Hope and Fabian Allen have learned from this tournament.

It was the third time they've come close to a big scalp in recent weeks, after also losing out narrowly to Australia and New Zealand, scant consolation ahead of their final match against Afghanistan on Thursday.

"Hopefully when we play our next series against India we can start heading in the right direction and restore pride in West Indies cricket," said Pooran.

Pooran also acknowledges the comparisons with Brian Lara and admits that he watched a lot of film of the great man but does not intend to fuel the hype.

"I know people say a lot of things about me but if I don't perform on the field it makes no sense," he said.

"I just want to get better and better each day. I have had a lot of starts in this tournament but not converted. I don't know what the future holds - I'm just thankful that I got the opportunity to play and I could show the selectors that I could play.