Wimbledon checks on ICC on Twitter amid tense sports moments 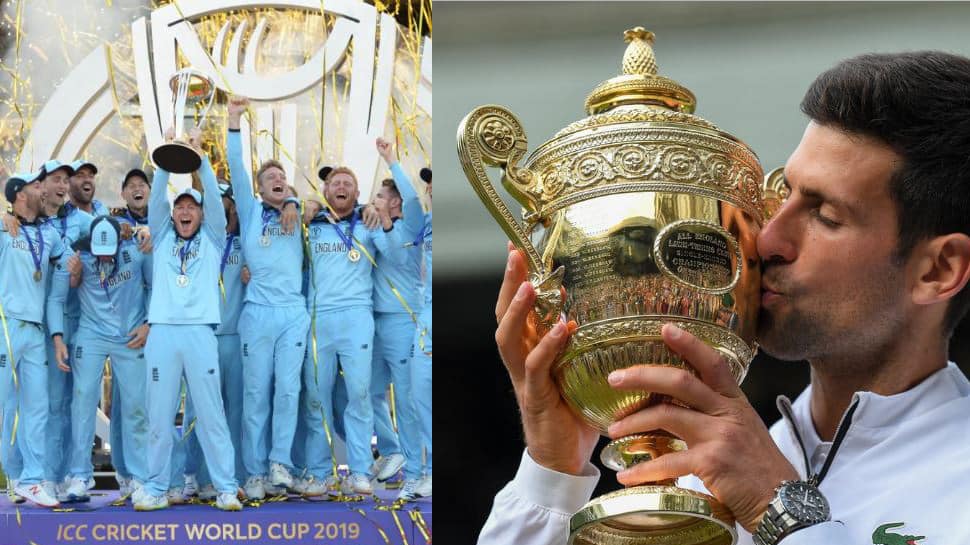 In one part of London, Roger Federer and Novak Djokovic locked horns in one of the greatest finals in the history of tennis at Wimbledon 2019. While a few kilometers away the most dramatic cricket World Cup final unfolded between New Zealand and England at Lord's cricket stadium.

Amid the tense moments, Wimbledon decided to check on ICC on Twitter and gave some lighter moments to the viewers.

"Hello @ICC - how are you coping your end?

To this, ICC replied, "Things are a bit hectic here right now, we'll get back to you

Things are a bit hectic here right now, we'll get back to you #CWC19 | #Wimbledon | #CWC1FINAL

The Twitter interaction between the ICC and Wimbledon brought smiles to the faces of all the viewers, who were engaged in two most nail-biting sports events.

The World Cup 2019 final between the Kiwis and England took a thrilling turn as the sides led by Kane Williamson and Eoin Morgan finished on 241 each, a first in the World Cup history. The astounding tie then led to a Super Over which also resulted in a tie.

Despite the Super Over tie with both teams finishing at 15 runs in 6 balls each, England were crowned world champions as they had hit 26 boundaries in the match while New Zealand had only 17 in their kitty.