Lewis sustained a groin injury during the Bangladesh Premier League which forced him to pull out of the series. 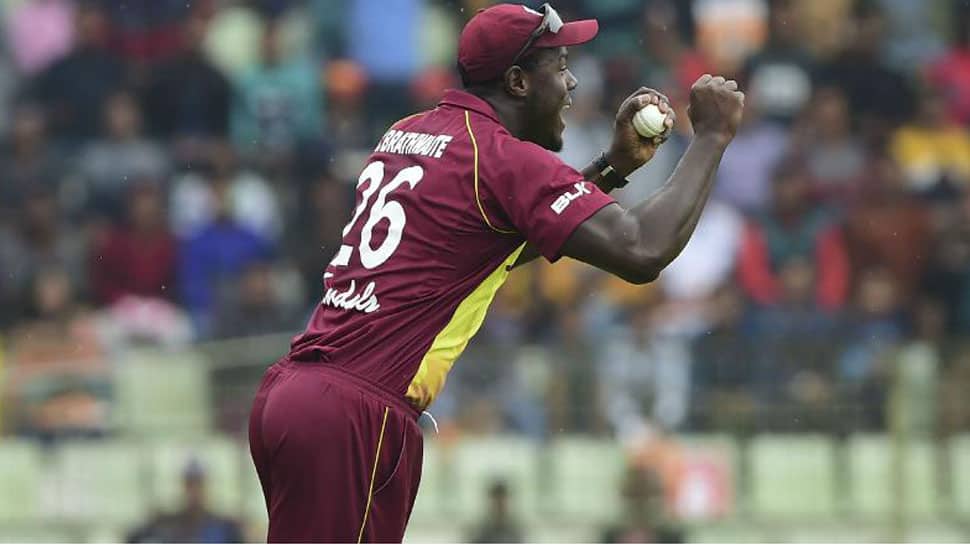 Left-handed batsman John Campbell has been officially named as a replacement for Evin Lewis who is out of the upcoming ODI series against England due to a groin injury. The Windies also announced Carlos Brathwaite and Sheldon Cottrell as replacements for the injured duo- Rovman Powell and Keemo Paul.

Lewis sustained a groin injury during the Bangladesh Premier League which forced him to pull out of the series. Campwell who is uncapped so far, has been handed an opportunity after making his presence felt during his maiden Test series, scoring runs at a consistent rate.

Braithwaite will be rejoining the side having represented the Lahore Qalandars in the ongoing edition of the Pakistan Super League. The all-rounder who last featured in an ODI clash for the Windies back in March 2018, has played 28 ODIs so far.

"With our squad suffering from a few players with injuries even before a ball is bowled, an opportunity presents itself for other players to make a claim for World Cup spots. After a good showing as an opener in the Test matches, John Campbell a fearless and attacking opening batter will replace Evin Lewis, who had to be withdrawn from the squad with a groin injury.," ICC quoted Courtney Browne, the Windies selector as saying.

"Carlos Brathwaite, who last played in the World Cup qualifiers and who was a replacement in the last ODI series in Bangladesh, will also join the squad along with Sheldon Cottrell who last played against Bangladesh last year in the Caribbean. They will replace Rovman Powell and Keemo Paul who are also both sidelined with injuries," he added.

Chris Gayle to retire from ODIs after 2019 World Cup