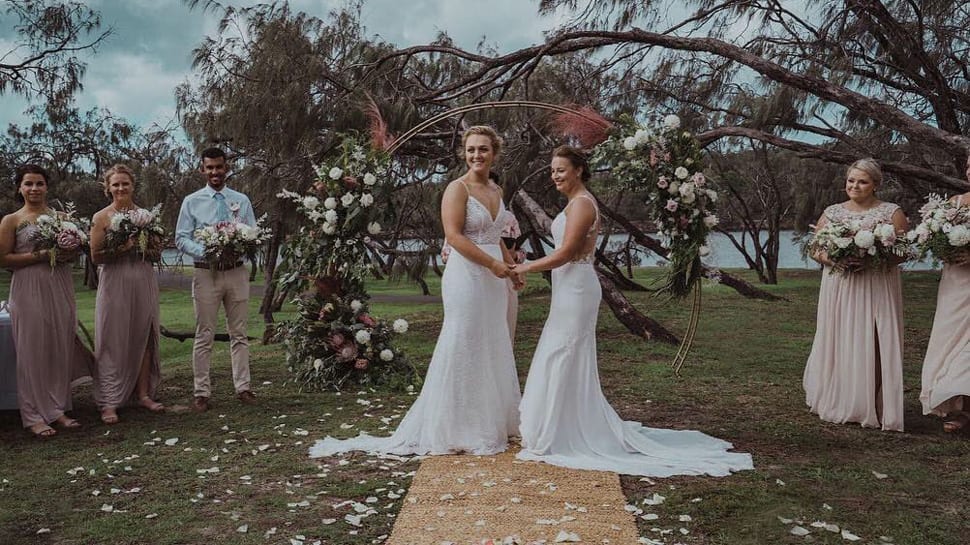 “From #TeamGreen, congratulations to Stars bowler Nicola Hancock who married her partner Hayley Jensen last weekend!” Stars tweeted along with a picture from the wedding ceremony.

In the photo, the two can be seen wearing long white dresses at what seems to be an outdoor marriage.

While Jensen appeared for Melbourne Stars in the opening two editions of the Women's BBL before moving to local rivals Melbourne Renegades for the third season, Hancock continues to feature for the Stars in the Australian T20 league.

Hancock, meanwhile, is yet to make her international debut, but she recently became second-highest wicket-taker in the latest BBL season after bagging 13 wickets from 14 matches she played for Stars.

Notably, same-sex marriage was made legal in New Zealand after a legalisation bill was passed by the New Zealand House of Representatives by 77 votes to 44 in April 2013.