Pandey was one of the tournament’s outstanding seamers and economical throughout the group stage but came unstuck against Australia’s Healy, her ten balls to the opener taken for 27 runs. 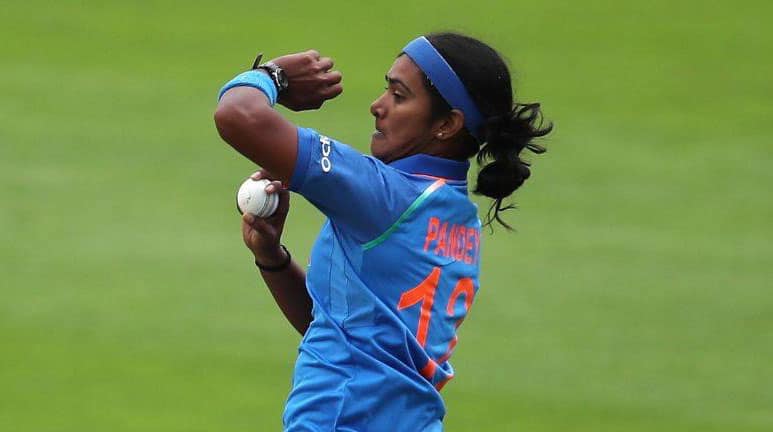 Indian pace bowler Shikha Pandey has said that even she had to appreciate Alyssa Healy’s brutal hitting despite being hammered by the Australian opener for three straight sixes in the final of the International Cricket Council (ICC) Women’s T20 World Cup at the Melbourne Cricket Ground (MCG).

The 20-year-old was one of the tournament’s outstanding seamers and economical throughout the group stage but came unstuck against Australia’s Healy, her ten balls to the opener taken for 27 runs.

Three sixes in successive balls in the tenth over capped a tough day in the field for India, but Pandey said it was a day to salute the sheer power of Healy’s record-breaking 75.

“You do have plans against a batter like her, but the kind of shots she played were amazing.Sometimes you can just stand and acknowledge, and appreciate the shots she was playing. It was one of those days when I was on the receiving end.Nerves weren't really a factor. Once you get onto the field, you just zone out. I don’t think I felt nerves," the ICC press release stated Pandey as saying.

“Initially, if you gift chances to batters in form they’re going to use them. It could have gone either way but those chances costed us. We could have been better in all three departments, it wasn’t just the fielding," she added.

Pandey was hit for three boundaries from her first 12 overs delivered in the tournament and the only one that got away in the first two games was struck by Healy in the early overs of the opening game.

The Telangana star held her nerve to help India secure a crucial three-run win over New Zealand and seal top spot, playing a significant role as one of the oldest in a squad featuring three teenagers.

Despite struggling in the final as Australia reached 184 for four from their 20 overs, Pandey revelled in the occasion with the India team getting the chance to meet tennis star and sporting icon Billie Jean King after the trophy presentation.

“It’s huge to meet people like Billie Jean King in person.I was privileged to be part of the event although it’s disappointing to be on the wrong end of the result," Pandey said.

"It’s an honour to meet someone who has done so much for women’s sport in general and is working for equal opportunities. Just to meet her in person is a good thing.She said we were unlucky to have lost and to keep working hard," she concluded.

India suffered an 85-run defeat at the hands of Australia in the summit showdown to hand the hosts their fifth title at the Women's T20 World Cup.

In reply to Australia's chase, India were skittled out for 99--with Deepti Sharma being the highest scorer for the Women in Blue with 33 runs.

Megan Schutt was the pick of the bowlers for Australia as she claimed four wickets while conceding just 18 runs, followed by Jess Jonassen's three for 20.

Sophie Molineux, Delissa Kimmince and Nicola Carey also contributed with a wicket each.

Alyssa Healy was declared Player of the Match for her impressive show with the bat, while Beth Mooney was adjudged Player of the series after she amassed 259 runs in six innings.