While batting first, German women made 165 for the loss of 2 wickets with Christina Gough scoring 72 off 60. 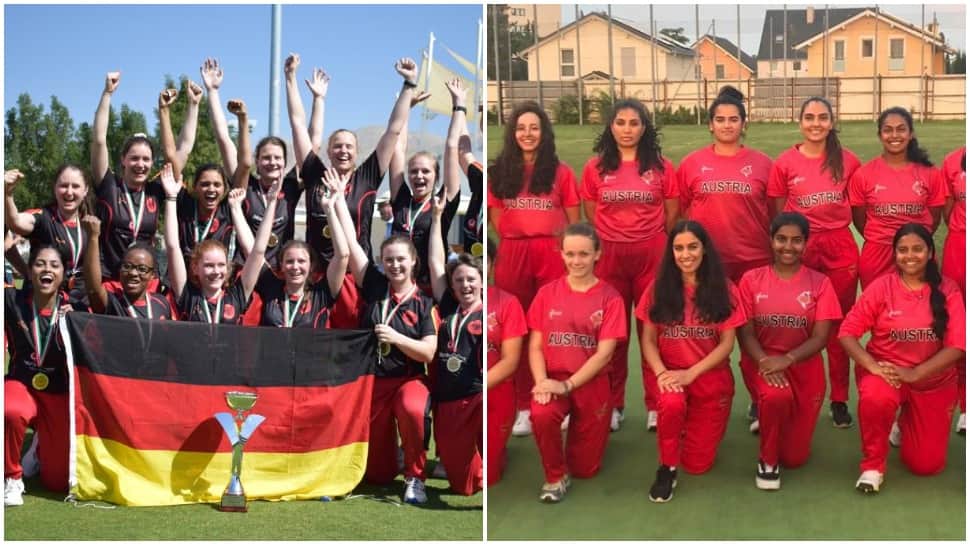 Women’s T20 International cricket resumed on Wednesday (August 12, 2020) after a COVID-19 halt of more than five months as Germany beat Austria by 82 runs in the opening contest of five T20I match series.

Austria hosting Germany marked the first 20-over game since the final of the ICC Women’s T20 World Cup Final at the Melbourne Cricket Ground on March 8, 2020.

While batting first, German women made 165 for the loss of 2 wickets with Christina Gough scoring 72 off 60. Gough was supported by skipper Anuradha Doddaballapur who hit 40* off 30 deliveries.

Rezarta Avdylaj and Sylvia Kailath picked up one wicket each for Austria.

In reply, Austria were bundled out for 83 in the penultimate over. Andrea Mae Zepeda remained not out at 35 (48).

Germany that are known as the Golden Eagles are ranked 27th in the MRF Tyres ICC Women’s T20I Rankings and last played a T20I against Oman in February as part of a 4-0 series clean sweep.

On the other hand, Austria are placed 50th and will be playing for the first time since their quadrangular series in 2019 which included France, Jersey and Norway.

With just under 10,000 women and girls participating in cricket in Germany in 2019 the women’s game is growing with overall female participation increasing 155% since 2016.

Earlier on the return of international cricket, Germany captain, Anuradha Doddaballapur expressed, "First up I'd like to thank everyone at Austria cricket for hosting us despite the current circumstances. We are excited to take the field again after a seemingly long break. The girls have worked hard in the last few months to stay fit and to up their skills, so I am confident we will put on a good show. We look forward to some exciting games against Austria whom we haven't faced in T20 cricket in a long time."

Austria skipper, Andrea Mae Zepeda said, "The team is really excited, and we are looking forward to some competitive cricket in Europe after months of lockdown due to Covid-19. Some teams could not take part in this tournament due to travel restrictions, but we are happy those restrictions have been eased between Austria and Germany and we are able to get some international cricket this year."

The fixtures for the remaining four matches is as follows:

All these matches will be played at the Seebarn Cricket Ground.