The Ireland women’s cricket team will now lock horns with Thailand at the same venue later on Tuesday. 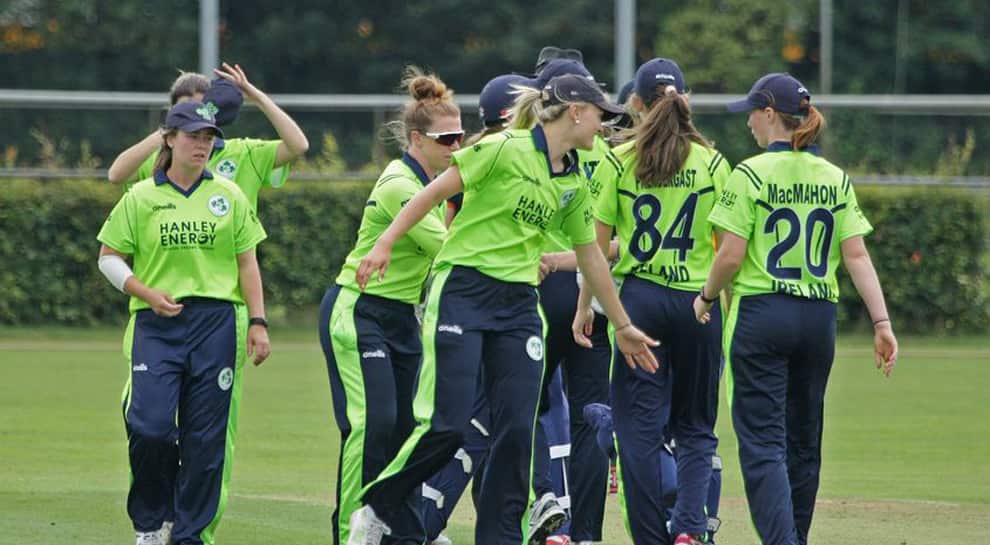 The Ireland women’s cricket team’s parade was well-and-truly rained on Monday, but not before the side registered several records and personal milestones against Netherlands women in the eighth clash of the T20I Quadrangular Series at the Sportpark Het Schootsveld.

Winning the toss, captain Laura Delany chose to bat first against the home side, and her decision was seemingly justified from the second ball when opener Gaby Lewis punched a drive through the covers to the boundary for four.

Lewis, and her fellow opener Orla Prendergast, didn’t take the foot off the pedal as they powered to a 112-run opening stand from just 58 balls.

Lewis (71) was the main aggressor, bringing up her second ever T20 International half-century with a pull shot behind square for four. Her innings, which included four sixes and six boundaries, was from just 41 balls. This was Lewis’ highest T20 International score, having passed her defining 61 against New Zealand in 2018.

At the other end, 17-year old Prendergast, in only her third international appearance, was no slouch registering 38 from just 26 balls (five fours), playing the foil to Lewis but still ticking along at a strike rate of 146.

The pair’s opening partnership of 112 was the highest partnership for any wicket for Ireland Women in T20 Internationals, and set the tone for the remainder of the innings.

After losing both openers, and Leah Paul for a breezy 14 from six balls, the Irish middle-order continued to pile on the runs. Rebecca Stokell hit 36 from 24 balls (her highest international score) and Mary Waldron registered 31* from 22 balls, leading Ireland women past 200 for the first time in T20 Internationals.

After just 2.4 overs of the response, unfortunately rain intervened and the match was eventually abandoned.

Following two tight losses on the trot, Ed Joyce’s side will be extremely pleased with the way they have responded and go into a tough encounter with the in-form Thailand side later on Tuesday.

ICC hopeful of making it to 2028 Olympics