Between playing out Bumrah safely to throwing caution to the wind facing India’s spinners, was a reminder of Angelo Mathews’ calibre and more importantly, his worth to this Sri Lankan unit. 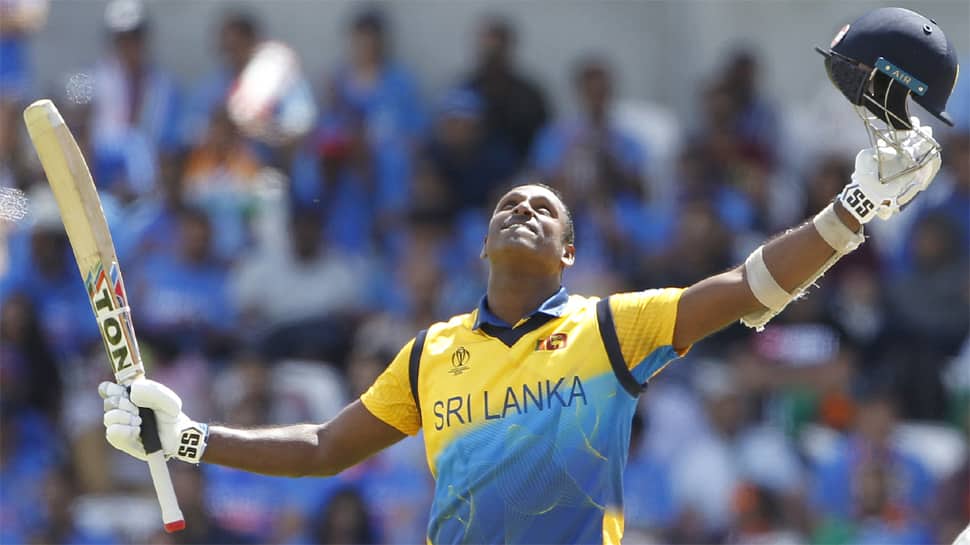 HEADINGLEY: In WWE, a last-man-standing match is considered one of the most brutal, hard-hitting forms of a one-on-one contest. The rules of the match are pretty straightforward. As the name suggests, you have to beat down your opponent to the extent that he is not able to beat the referee’s count of 10. Basically, if the wrestler is on the ground battered, and is not up by the time the referee finishes his count of 10, the other wins.

WWE is entertainment. Not fake. Entertainment. The outcomes are pre-determined but the bruises and blows are real. A chair shot to the back, taking a bump on the concrete floor, the shoulder thudding against the ring posts, body crashing through a table and kendo sticks leaving marks on the back of your body. Together, the assault is enough for a wrestler to stay down.

Cricket is a far more legit sport, but for Angelo Mathews, the difference between the two could be a blur. Imagine all that physical torture in a mental form, Mathews has been through it all in the last 24 months. Till late 2018, Mathews was captaining the team but after a forgettable Asia Cup in which Sri Lanka became the first team to be eliminated, he was sacked. This was just the beginning – shoulder first into the post.

In the following months, not only was Mathews sacked as captain, the selectors dropped him from the team. If that wasn’t enough, the same coach who had backed Mathews to lead Sri Lanka called him fat. After spending a couple of months in the wilderness, Mathews returned to the Test team, scored a couple of half-centuries against England and as per his critics, did the unthinkable – bat an entire day to save Sri Lanka a Test against New Zealand. It was a resounding reply to his doubters.

Just when Mathews was on his road to redemption, he tore a hamstring. Having recovered from it and following a twist of fate, Mathews was drafted back once the bunch of selectors that ousted him were sacked. By now he had gone through all the physical endurance that a wrestler goes through in a no-holds-barred environment. Mathews’ tolerance is, like mentioned above, in the mind. Yet, when the final count is about to be called – in this case the World Cup 2019, Mathews somehow beats it and makes it to his feet.

Take the last two matches for example. Here is a player, who was once talked about as the next big thing in Sri Lankan cricket – one who would end up being on the list as Arjuna Ranatunga, Aravinda de Silva, Sanath Jayasuriya, Marvan Atapattu, Mahela Jayawardene and even Kumar Sangakkara. Does Matthews do justice to such heavy expectations? No, but that’s only because he at times, exceeds them. Not in a greatness kind of a way, but in a typical Mathews being… well, Mathews kind of a way. A sleeping giant causing a ruckus when awake.

Think about it. Sri Lanka, already knocked out of the World Cup, were defending 338 against West Indies. Nicholas Pooran was playing the innings of his life, having added over 80 runs with Fabian Allen in under 10 overs. He’d hit every bowler, including the great Lasith Malinga and with 31 needed off the last three, West Indies would have won it nine out of 10 times.

But they didn’t and denying West Indies that one unlucky instance was a dibbly-dobbly ball, sent down at a 115 kmph. By whom? Of course, Mathews, Sri Lanka’s saviour. He who hadn’t delivered a single ball in the nets in the past eight months. Mathews straightaway goes to his captain, bowls the 48th over of the match and wins it for Sri Lanka.

If you think that’s unreal, then look no further than Headingley on Saturday, where Mathews created magic with his bat. Sri Lanka, opting to bat first were 55/4, far from the type of start they’d have hoped for after Dimuth Karunaratne opted to bat. Jasprit Bumrah, who’d removed both the openers was still operating, with Ravindra Jadeja and Kuldeep Yadav yet to be given a ball on a surface that was beginning to slow and dry down.

Mathews staging a fightback was nothing new, but his doggedness of not giving it away was a testament to the man’s character. Between playing out Bumrah safely to throwing caution to the wind facing India’s spinners, was a reminder of Mathews’ calibre and more importantly, his worth to this Sri Lankan unit. He outscored his partner in a century stand, Lahiru Thirimanne with shots that have defined Mathews during his 12-year-long career.

Against the tempting pace of Hardik Pandya, Mathews swivelled across the off-side and executed a few stinging pull shots. Later, with Jadeja and Kuldeep bowling, Mathews cleared his front foot and almost out of disdain, swatted them over their heads. He was tested by Kuldeep, who forced him to come in front, but when the wristspinner erred in his length, Mathews didn’t miss out on dishing out Kuldeep another costly 10 overs and spoiling Jadeja’s in his last two. For those not aware, Chandika Hathurusingha had announced that Mathews’ once frequent run-outs were a “world record”. Based on Mathews’ running between the wickets Saturday, Hathurusingha couldn’t have helped but eat his words.

Mathews, at 32, is way past the stage to greatness and he cannot bat like the he once did. But with a few more years of cricket left in him, Mathews can help usher Sri Lanka into the next phase. Their cricket is in turmoil, with politics within cricket board, lack of a strong domestic structure and the long-due transition still incomplete. But with a showing like the World Cup, Sri Lanka, expected by many to be one of the first teams to be eliminated, hung on.

It was all heading in a similar direction. The top four teams were on their way to qualifying for the knockouts before the World Cup was brought to life by Sri Lanka. Their win against England changed the entire scenario. And when you look at their campaign carefully, Sri Lanka won three and lost four, while two were washed out. They head back home and start over, building a side capable of making it to the knockouts of the 2023 World Cup, and for that to happen, Mathews has be the bridge that takes Sri Lanka to their next big destination.

The brilliance of WWE lies in its story-telling. A last-man standing match in particular is a beautiful portrayal of it. They will make you feel they are out, but just when the count is about to reach 10, the wrestlers will get a second wind out of nowhere and pop back up. On Saturday, even though Sri Lanka bowed out with a loss, Mathews was able to beat that count, and needs to keep doing it for a little longer to assure Sri Lanka and its cricket the promising future it deserves.