England have been dealt a major blow with the news of star opener Jason Roy being ruled out the next two-three games. 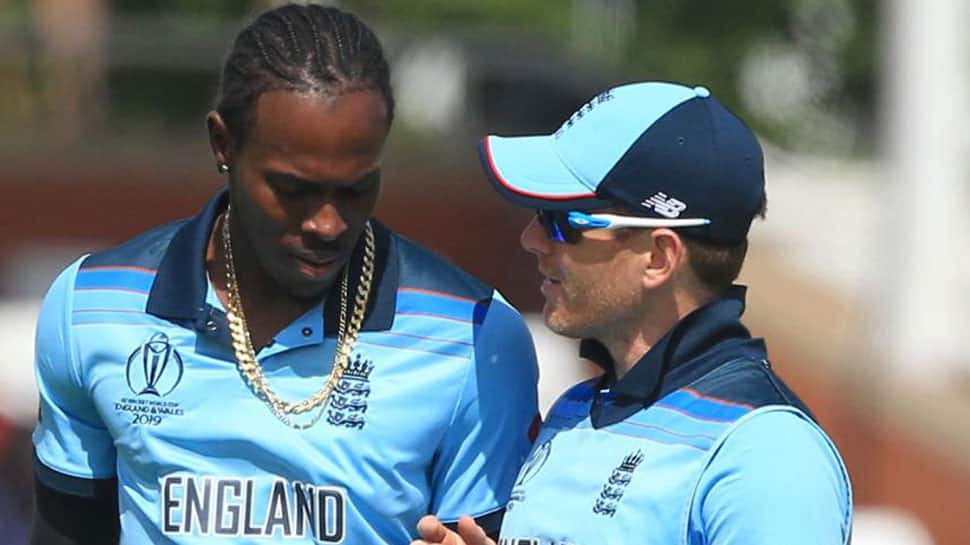 Manchester: Perhaps the only thing in common between England and Afghanistan is that they are two of the only three teams who haven’t been affected by rain. Otherwise, both are poles apart. Generally and even in the points table. The most that was expected from Afghanistan was to spring a couple of surprised at max.

So far it hasn’t happened, but just think for a moment what it will do Afghanistan if England are the first team to be handed an upset. It may not be equivalent to winning the World Cup, but still could very well be. Afghanistan are at the bottom of the barrel, pretty much of out the World Cup, facing a side that are co-favourites.

England have been dealt a major blow with the news of star opener Jason Roy being ruled out the next two-three games. Afghanistan captain Gulbadin Naib admitted they are lucky to face an England side without Roy – after a hamstring tear he sustained against West Indies was confirmed – calling the opener one of the best batsmen in the world at the moment.

Roy has been phenomenal for England, and his absent opens the door fir James Vince, who had an extended hit out in the nets on Monday. Eoin Morgan has undergone thorough medication and although his back feels a lot better, the management is yet to decide on his availability. England sit fourth on the points table, overcoming the little stutter against Pakistan, and seek those two crucial points which will elevate them to the top of the rankings.

And right down there is Afghanistan, who simply haven’t produced that standard yet which makes them one of the most entertaining teams to watch. Their rise in world cricket makes for a joyous read, but the same fire has gone missing for a tournament Afghanistan prepared so dedicatedly for. And while Afghanistan have struggled to get their campaign up and running, England have motored along nicely and look to erase any doubts of a possible shock defeat. That said, Morgan and England would not want complacency to creep in.

With Jason Roy out for upto three weeks, the door opens up for Vince, about whom Morgan assured will open the batting for England. In eight innings, Vince has one half-century, a 40 and a couple of 30-plus scores and even though his move may be temporary, he wouldn’t want to let this chance slip. England played just a one spinner against West Indies and if Morgan is not fit for the clash, expect Moeen Ali to be drafted in as the second spinner.

For two straight games, Afghanistan have not included Mujeeb Ur Rahman in their side. On Monday, the spinner was seen bowling in the nets to every top order batsman and it is likely that he, Rashid Khan and Mohammad Nabi will complete Afghanistan’s three-pronged spin attack. Besides, former captain Asghar Afghan registered a five-ball duck against South Africa and he might again pave way for Najibullah Zadran.

“They are a strong side. I said previous to the tournament, they will beat teams in this World Cup. They haven’t managed to do that yet. So that makes tomorrow, you know, a tougher challenge.” – Morgan is not taking Afghanistan lightly

“Spin has been key for Afghanistan in the last three years. Spin is one of the reasons for the high rate success of Afghanistan. If a little bit of spin is there, maybe it becomes a good day for Afghanistan.” – Gulbadin Naib is hoping to play on surfaces that assist spin