As you enter St John’s Wood tube station, which is the stop to get to Lord’s, images of Virat Kohli greet you at the card reader turnstiles.

The Indian cricket team does not have a single match of the ICC Cricket World Cup 2019 at Lord’s – a running joke among some of us traveling Indian journalists is that there is, of course, the final – but if you were to step into the St John’s Wood tube station, you’d think Lord’s cricket ground was their home base in England.

As you enter St John’s Wood tube station, which is the stop to get to Lord’s, images of Virat Kohli greet you at the card reader turnstiles. He’s smiling in a blue cricket kit – not the official India one – and asking you to send money to India via Remit2India, an international money transfer option.

After you punch in your Oyster card and descend the escalator to towards the tube platform, a series of Kohli ads for the same product virtually jump out at you. One after one, photos of Kohli grinning and thumbing your attention towards the product he’s endorsing. It seems more like the Rajiv Chowk metro station than St John’s Wood. 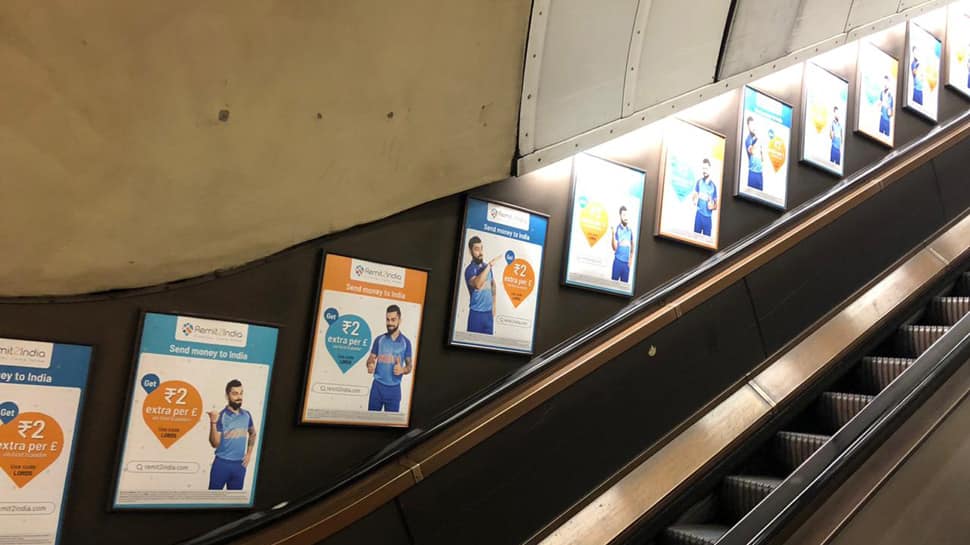 When you get off the escalator and turn right towards the platform, there are even bigger blow-ups of Kohli selling the same product. But the India vibe gets stronger, with advertisements for Air India, HDFC home loans, State Bank of India’s UK branches and TRS Indian spices, pulses and ingredients.

It is one of the rarer sights in cricket to see famous retired cricketers – and sometimes current ones – being able to walk down a street in cities like London, without being stopped every few feet for autographs and selfies. 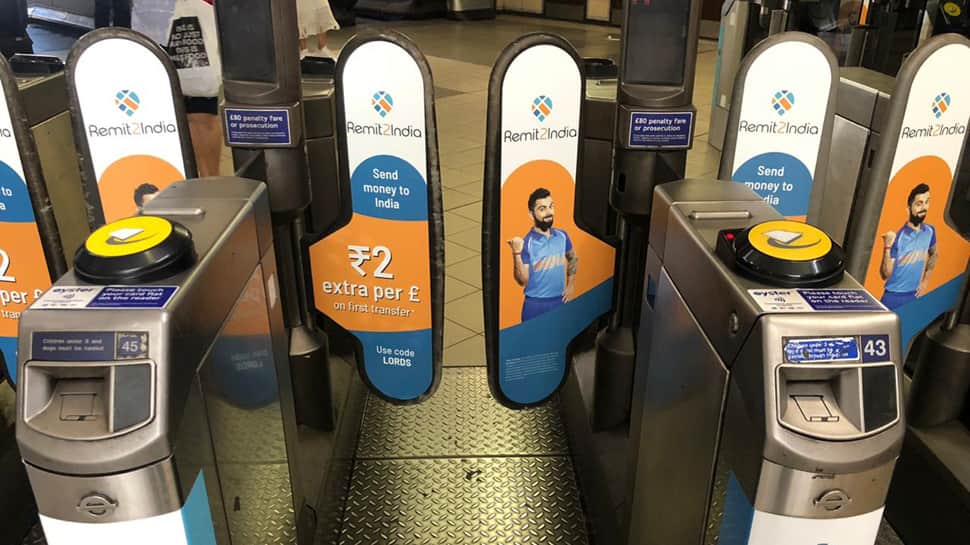 Unlike back in India, where this is impossible, in London and other cities and towns in England, cricketers can stroll the sidewalks in peace. Well, not Kohli, perhaps.

In the tranquil setting of St John’s Wood, one of London’s most upmarket residential areas, a 10-minute stroll sees one spot Alec Stewart, Virender Sehwag and Brendon McCullum all leisurely walking the sidewalks.

Stewart, still as fit as ever at the age of 56, walks the at the briskest pace of the three retired cricketers, with a backpack and a good pair of sneakers on his feet. This is a former England captain, the country’s third-highest Test run-getter and most successful wicketkeeper in the format, who has a gate named after him at The Oval. Not a single person recognises Stewart as he walks towards Lord’s.

McCullum, casually dressed in black shoes, black jeans and a tight-fitting black t-shirt and black sunglasses, strolls an adjacent street, apparently in no hurry to get anywhere. He stops outside a cafe-cum-grocery store and peers at the menu posted on the glass window, then moves on down the sidewalk to another, where one sees him duck in.

On a tony back street just off the North End of Lord’s, Sehwag walks in solitude, checking his phone whistling, as always, an old Hindi film tune sung by the legendary Kishore Kumar. Again, nobody who walks past even know who he is.

For a cricket enthusiast, especially one who plays amateur club cricket back in India, no trip to London is complete without a stop at Lillywhite’s, the famous sports retailer situated at Piccadilly Circus. Lillywhite’s has been open for business for over 160 years, and offers a range of sports goods.

It has lost its original charm and grandeur, with the old oak-panelled staircases now resembling a cheap factory outlet. The ‘mega-saving’ and ‘half-off’ stickers slapped on various pieces of merchandise jar.

When I first visited Lillywhite’s in 1998, it was an overawing experience. For a teenager from India, the array of cricket bats, pads, helmets and international and county cricket jerseys – I picked up, and still have, a yellow and green Hampshire CC jersey, the same that Shane Warne used to wear – was dazzling, and the sight of Nasser Hussain, Robert Croft and Mark Ealham signing miniature bats for a promotional event on the ground floor was impossible to resist.

In 2008, when I returned, Lillywhite’s was on the wane. Today, the floor once entirely dedicated to cricket is now divided into sections. The cricket part is rather small now, and the options far fewer that I recall from 11 years ago.

Still, as a cricket tragic, I devote a few minutes to inspect the bats hanging on the wall. They all feel marvellous, and at 30% off I may stop by later after the last London match of the World Cup I have to pick up one, or at the least some piece of merchandise from the sports shop I fell in love with 21 years ago.