England will now lock horns with Afghanistan on June 18 while West Indies will face New Zealand in their next ICC World Cup 2019 clash on June 22. 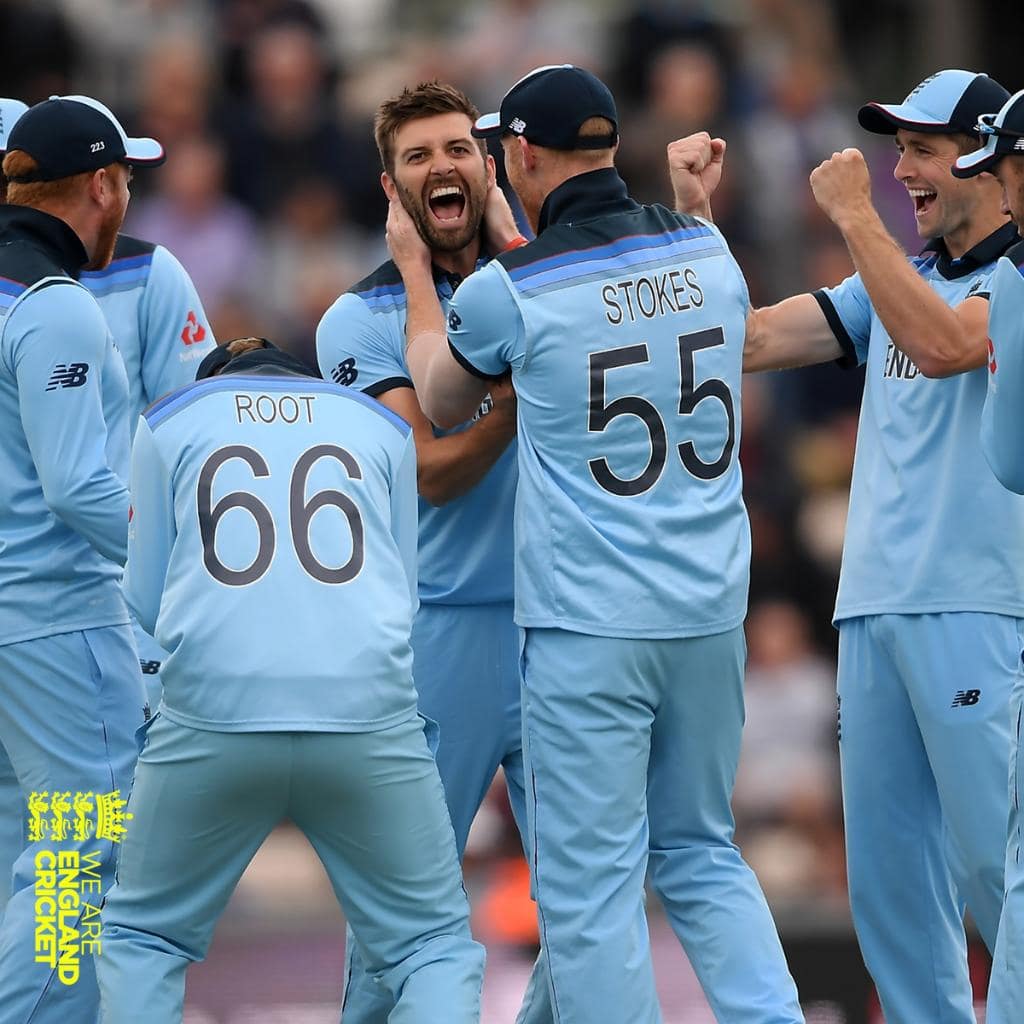 After England bowlers bundled out West Indies for 212 runs, Joe Root smashed a blistering century to help his side beat the Caribbean side by eight wickets in their fourth clash of the 2019 International Cricket Council (ICC) World Cup at Rose Bowl Cricket Ground in Southampton on Friday.

After England skipper Eoin Morgan won the toss and opted to field first, Jofra Archer (three for 30) and Mark Wood (three for 18) ripped through West Indies batting line-up to bundle them out in 44.4 overs. Meanwhile, Joe Root (two for 27), Chris Woakes (1 for 16) and Liam Plunkett (one for 30) also chipped in with the bowl.

In reply, Joe Root struck an unbeaten 100 off just 94 balls besides also sharing crucial stands of 95 and 104 runs with Jonny Bairstow (45) and Chris Woakes (40) to help his side cross the mark with 101 balls to spare.

# It was for the first time that Joe Root came to bat for England in the white-ball cricket during their chase of 213 runs against West Indies.

# By smashing an unbeaten knock of 100 runs, Root not only smashed his 15th ODI hundred but also became the first Englishman to score three World Cup centuries.

# West Indies' Nicholas Pooran smashed a 63-run knock after the Caribbean side was asked to bat first by the hosts. En route to his knock, Pooran pulled back his maiden half-century off just 56 deliveries.

# Mark Wood finished with the figures of three for 18. By bowling out Shannon Gabriel for a duck, the England bowler picked up his 50th ODI wicket.

# The victory saw England climb up to the second spot in the World Cup points table, while West Indies are standing at the sixth spot with just one win from four matches in hand.

England will now lock horns with Afghanistan on June 18 while West Indies will face New Zealand in their next ICC World Cup 2019 clash on June 22.