Rohit Sharma struck his fifth hundred of the World Cup 2019 and KL Rahul his first as India beat Sri Lanka by seven wickets. 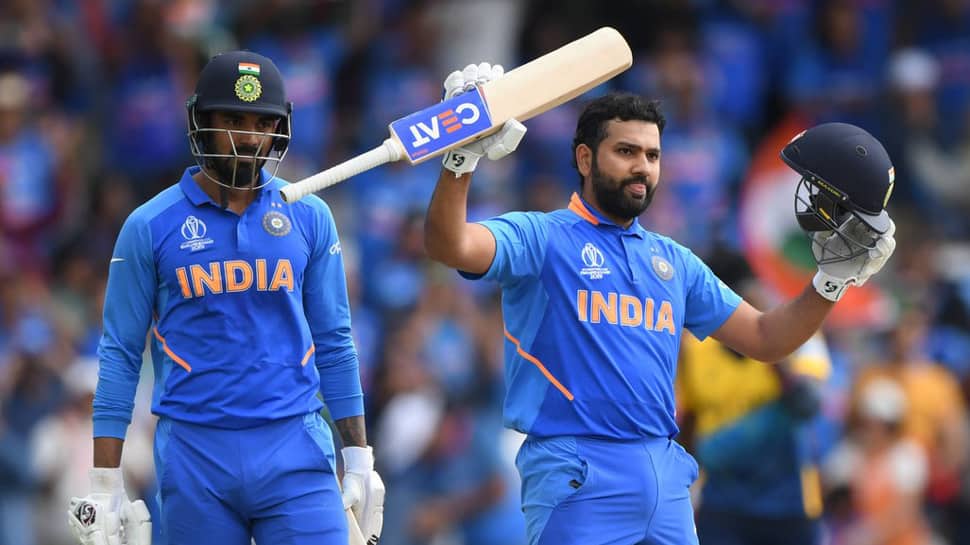 HEADINGLEY: Before India’s final league match of the World Cup against Sri Lanka, Rohit Sharma was on the cusp of owning some impressive records – to become the leading run-scorer of the tournament, and the batsman with the most runs and centuries in a single edition of a World Cup.

And on Saturday, Rohit must have had the statisticians scuffling around, achieving two of those distinctions, en route to his… wait for it… fifth century of the World Cup 2019. It’s one thing for a batsman to hit purple patch, but Rohit’s run this World Cup has been next to none. His hat-trick of centuries allowed India to finish the round-robin stage with a win as they registered a handsome seven-wicket win against Sri Lanka.

At the other end, KL Rahul finally overcame his demons of throwing away starts and converted a 50-plus score into a hundred of his own. Rohit and Rahul added 189 for the opening wicket – their third century-plus stand of the tournament and the best first-wicket stand of this World Cup – and formed the backbone of what eventually turned out to be a chase in which India hardly broke a sweat.

Rohit and Rahul’s hundreds weren’t the only three-digit scores of the match. Angelo Mathews, Sri Lanka’s saviour, rose to the occasion to help dig the team out of early trouble, which saw India’s bowlers reduce the batting team to 55/4. Mathews battled on, and with help from Lahiru Thirimanne – the two added 124 runs for the sixth wicket – lifted Sri Lanka to a position from where they were able to post 264/7.

Though whatever hopes Sri Lanka had of making a match out of it, were doused by Rohit’s belligerence and Rahul’s determination. Sri Lanka’s pacers were wayward, veering onto Rohit and Rahul’s and paying the price. India raced to fifty in the seventh over, with Malinga and Kasun Rajitha being at the receiving end of punishment from Rahul and Rohit.

To begin proceedings, Rahul scored a stunning boundary off the backfoot, followed by a gorgeous Rohit flick. In the third over, India reeled off three boundaries. Rohit and Rahul’s touch were ominous signs for Sri Lanka. Malinga tried the off-cutters which slowed things down, but when Dhananjaya de Silva was brought into the attack, it was carnage once again. Rohit welcomed him by smoking him down the ground for two sixes in three balls before Rahul took on the offspinner and dispatched him for two fours and a maximum in three balls.

If de Silva went at over eight runs an over, the rest didn’t fare any better, Isuru Udana strayed onto the batsmen’s pads to remind everyone of the cliched bread and butter terminology. Only Thisara Perera was able to keep India quiet, his nine overs giving away just 33 runs.

Barring him, runs came off every bowler, thick and fast. With a 76-meter six off De Silva, Rohit brought up his fifty and switched gears to bring up the third century-plus stand between himself and Rahul. With that, India got the license to become the only team to put on four century partnerships in a single World Cup. A trademark Rohit pull through midwicket brought up his century, his sixth WC hundred in 16 innings.

Rahul’s innings had tapered off a bit with all the magnificent hitting Rohit was doing at the other end, but he found his feet again and impressively upped his strike-rate to over 90. With India on course, Rahul cautiously approached towards his hundred and with a dab down to fine leg, registered his maiden World Cup century. With his captain Virat Kohli, Rahul added 55 for the second wicket before a snorter from Malinga ended his innings. Rishabh Pant was adjudged LBW when Sri Lanka got a review before Kohli and Hardik Pandya got India through.

For India, Jasprit Bumrah picked up from where he’d left off in Edgbaston. Starting off with a maiden he removed Sri Lanka captain Dimuth Karunaratne edging to MS Dhoni – his 100th ODI wicket. Kusal Perera had begun with a spanking boundary off Bhuvneshwar Kumar and had added a couple more in quick succession before skying a ball towards mid-on. But a piece of miscommunication between Kuldeep Yadav and Pandya let him breathe easy.

Fortunately for India, it wasn’t a costly drop and Bumrah scalped Perera inside edging to Dhoni a ball that was fired in at 140kmph. Bumrah was incisive, his first spell reading 4-2-14-2. But his bowling partner Bhuvneshwar was put under pressure going for 36 runs in his first five. If Sri Lanka’s plan was to throw caution to the wind, it backfired terribly.

Avishka Fernando, deemed as the future of Sri Lanka after his phenomenal century against West Indies, struck four beautifully-timed boundaries – a straight drive, a cover drive and a couple of crisp back-to-back fours off Bumrah. Contrastingly enough, it was because of a bizarre combination of an upper cut/slice from Fernando that he edged a slower bouncer from Pandya to give Dhoni his third catch.

Ravindra Jadeja took just four balls to get into the thick of things. The ball was given flight, it turned, and Kusal Mendis, who had handsomely guided Sri Lanka to a win over India two year ago in Champions Trophy, danced down and was stumped, resulting in Dhoni the first four dismissals.

From there, Thirimanne and Mathews took control. They took calculated risks and more importantly, saw off Bumrah. It took Mathews 32 balls for his first boundary and another 22 from there for his second before bringing up his half-century off 76 balls. The allrounder took a chance against Bhuvneshwar and Kuldeep and the risks paid off. Bhunveshwar’s off day became even worse when he put Mathews down off Jadeja running in from long-on.

Other than that, Mathews was brilliant. Jadeja, India’s best spinner of the day was spanked for a couple of big ones down the ground along with a boundary, to have his figures spoiled in the last two overs. Thirimanne was equally effective. Like Mathews, he took 24 balls between his first and second boundaries but it was again against Bhuvneshwar whom he decided to get a move on. The century-partnership was up between Mathews and Thirimanne with the left-gander screaming two fours in three balls to bring up his half-century.

India had to wait almost 27 overs to get a breakthrough and it finally arrived when Thirimanne ballooned the ball to Jadeja at backward point to give a returning Kuldeep his first wicket.

But Mathews ensured the runs kept coming and reached his third ODI century against India with an upper cut. He cracked a couple of more boundaries to ensure the scoring rate did not dip much. However, in a bid to provide a final lift, Mathews gave himself room and slapped Bumrah to covers, bringing an end to his battling knock. With Mathews’ dismissal, India tightened the screws in the final 10 balls. Bhuvneshwar ended with 73/1 but managed to keep Perera from exploding by having the allrounder caught in the deep off his final over.