Mohammed Shami's last-over hattrick Saturday saved India from a mighty scare after they managed to pip Afghanistan by 11 runs to inch closer towards World Cup semi-finals. 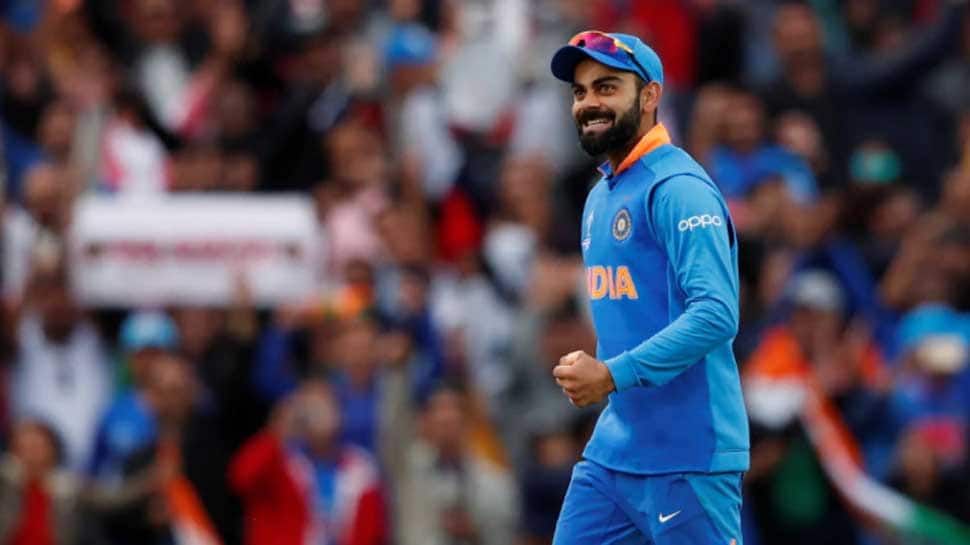 Southampton: India skipper Virat Kohli on Saturday said the hard-fought win over Afghanistan in the Word Cup was much-needed as it helped the two-time champions to show their character and clinch a victory from the jaws of defeat.

Mohammed Shami's last-over hattrick Saturday saved India from a mighty scare after they managed to pip Afghanistan by 11 runs to inch closer towards World Cup semi-finals.

Shami (9.5-1-40-4), playing his first match, not only successfully defended 16 runs off the last over but also dismissed the dangerous Mohammed Nabi (52 off 55 balls), Aftab Alam (0) and Mujeeb ur Rahman (0) off successive deliveries to complete the rare feat. 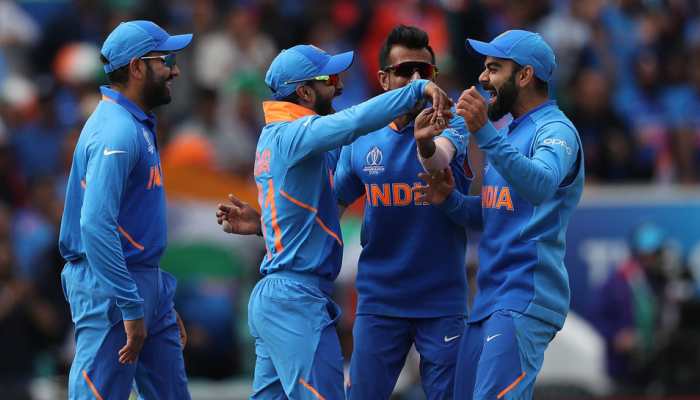 "This game was way more important for us, because things didn't go as planned. That's when you need to show character and bounce back," Kohli said at the post-match presentation ceremony.
Drafted into the playing eleven in place of injured Bhuvneswar Kumar, Shami Saturday became only the second Indian cricket to register a hattrick in World Cup after Chetan Sharma, who achieved the feat in 1987.

Kohli, thus, was effusive in his praise for the speedster.

"Everyone's waiting for an opportunity. Shami was really good today. He was making the ball move more than anybody. We knew these guys were hungry," he said.

Rating the win over Afghanistan as a special one, the India captain said the wicket was a difficult one for stroke-making because of its two-paced nature.

"At the halfway stage, we had our doubts in our minds, but we also had self-belief in the change rooms. As soon as I went in, I understood the pace of the pitch. Cross-batted shots aren't on, and a lot of horizontal bat shots cost us on this pitch."

Kohli also praised man-of-the-match Jasprit Bumrah for his impressive bowling display that brought India back into the contest.

"It's simple - we want to use him (Bumrah) smartly. When he takes one or two wickets, he can go on, but otherwise we try to ensure the opposition knows that he has seven or so overs to go," he said.

Man-of-the-match Bumrah (2/39) said Kohli's belief in his ability spurs him to do better every time he runs into bowl.

"That gives you a lot of confidence when the captain has so much trust in you. Helps me keep a clearer head," he said.

"We saw the wicket getting slower and slower. You had to be accurate and it's a big ground, so you had go for the yorkers and bowl wicket-to-wicket.

"What we wanted to do was that when you run behind wickets, you don't get wickets. Our plan was to get the run-rate high and create chances," he said.

Bumrah too praised his pace bowling colleague Shami for his impressive display on his maiden outing in the ongoing World Cup.

"That's very good, because it gives us healthy competition within the side. We discuss what the plans are, and it's great when everybody is chipping in with wickets," he said.

"We bowled really well, and everybody in the batting lineup was strong. We did well in the batting too, but credit goes to Bumrah for the way he bowled in the last three overs. He was superb," he said.

"The wicket was really good for batting during the first half. The spinners stuck to the plan, and they did really well. We had other options than Rashid (Khan) and Mujeeb (Ur Rahman), but in the backend, Aftab (Alam) and I also bowled well, but India is a good side and a favourite side."

He, however, said such tough games against strong teams like India will do a world of good for Afghanistan.

"The total was not that much (to chase) but in the middle, we needed some 80s and 100s, 20s and 30s aren't enough against a team like this. When chasing 220s, you need some batsmen to take responsibility and go longer. "We have lost four games very badly, but the last two games we have played really well. This is tough cricket against high-ranking teams, and you have to fight your best," Naib said.